If you're hosting live, real-time discussions, make them mobile, or someone else will 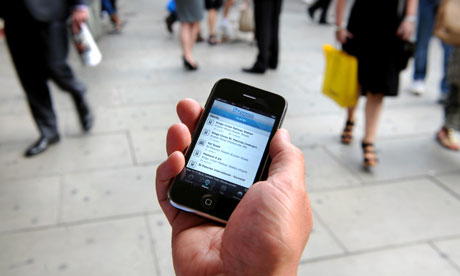 (Fred Wilson is a VC at Union Square Ventures, based in NY. In this opinion piece, he writes about the value and big opportunity of enabling mobile discussions.)

One of the great things about the Web is the ability for people located all around the world to be having a public conversation in real time in a single place. We see that in action here at AVC with the Disqus comment system. But it also exists on Twitter, Quora, Stack Overflow, Reddit, Hacker News, and a host of other places on the web. This kind of open public discourse is quite important and leads to greater understanding and ideally a progressive society that moves forward as new ideas and new ways of thinking propagate.

As the Web is increasingly moving to mobile, there are opportunities and challenges. The opportunity is simple. Folks don't need to be in front of a computer to be able to participate in a real-time discussion. The challenges are harder. Who here has tried to comment on AVC from a mobile phone or tablet? It's not as easy. And what would a mobile app look like for commenting?

Those who solve these challenges will be the leaders in real-time discussions in the coming years. Because taking our conversations with us in our pockets will be critical.

I say all of this because of an experience I had yesterday. I had to take my son to take a test yesterday afternoon. As I left our home, I saw a tweet from Dave McClure responding to my post yesterday.

I responded to his tweet and then took my son to his test. A half hour later, after I dropped off my son, I checked Twitter and there was a lively discussion brewing. I responded to a few tweets and started driving home.

Every 20 blocks or so I would pull over, check twitter, reply to a few more tweets, and then start driving again. By the time I got home a half hour later, there was a full blown Twitter discussion.

Mark Ury did us all a favor and Storified the discussion for posterity. Mark Suster also contributed a curated version of the discussion on his blog.

What's the takeaway from this story, other than investors get pretty emotional about things like convertible notes, priced equity, discounts, and signaling?

Mine is that I could have never participated in that discussion in real time had it not been for the Twitter client on my Android phone. But it was simple, in some ways simpler than doing it on the web, in Twitter's mobile client.

So it's high time for all those companies out there that are in the business of hosting and facilitating live real-time public conversations to do what Twitter has done and make your products work well in mobile. If you don't, others will.