Entrepreneurship is hard but you can't die

Everyone has events that shape the rest of their lives 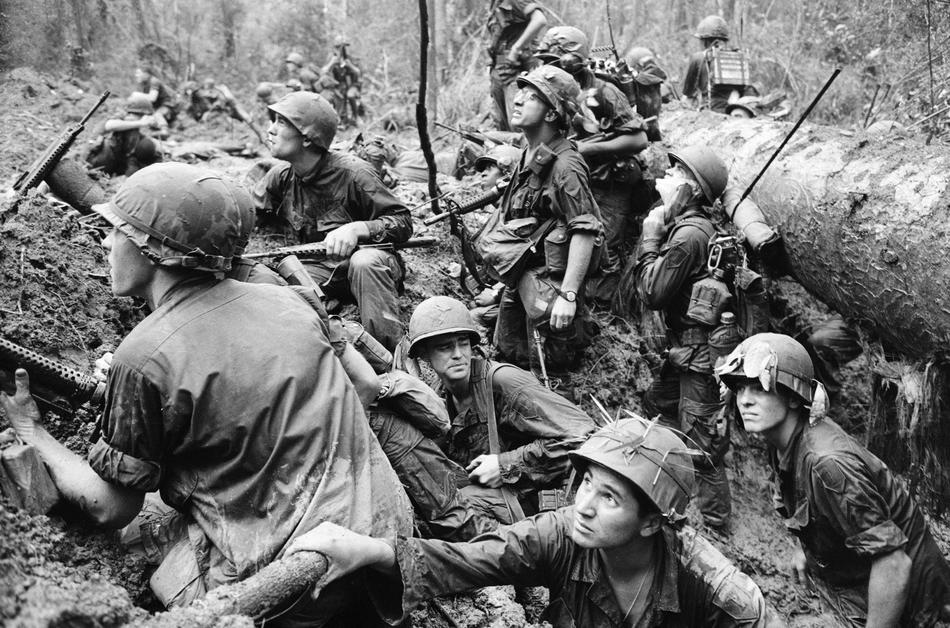 Everyone has events that shape the rest of their lives.  This was one of mine.

I’ve never been shot at. Much braver men I once worked with faced that every day. But for a year and a half I saw weapons of war take off every day with bombs hanging under the wings. It never really hit home until the day I realized some of the planes didn’t come back.

In the early 1970’s the U.S. was fully engaged in the war in Vietnam. Most of the fighterplanes used to support the war were based in Thailand, or from aircraft carriers (or for some B-52 bombers, in Guam.)  I was 19, in the middle of a hot war learning how to repair electronics as fast as I could. It was everything life could throw at you at one time with minimum direction and almost no rules.

It would be decades before I would realize I had an unfair advantage. I had grown up in home where I learned how to live in chaos and bring some order to my small corner of it. For me a war zone was the first time all those skills of shutting out everything except what was important for survival came in handy. But the temptations in Thailand for a teenager were overwhelming: cheap sex, cheap drugs (a pound of Thai marijuana for twenty dollars, heroin from the Golden Triangle that was so pure it was smoked, alcohol cheaper than soda.) I saw friends partying with substances in quantities that left some of them pretty badly damaged. At a relatively young age I learned the price of indulgence and the value of moderation.

What a great job

But I was really happy. What a great job – you work hard, party hard, get more responsibility and every once in awhile get to climb into fighter plane cockpits and turn them on. What could be better?

Near the beginning of the year when I was at an airbase called Korat, a new type of attack aircraft showed up – the A-7D Corsair. It was a single seat plane with modern electronics (I used to love to play with the Head Up Display.) And it was painted with a shark’s mouth. This plane joined the F-4’s and F-105 Wild Weasels (who went head-to-head with surface-to-air missiles,) and EB-66’s reconnaissance aircraft all on a very crowded fighter base.While the electronics shop I worked in repaired electronic warfare equipment for all the fighter planes, I had just been assigned to 354th Fighter Wing so I took an interest in these relatively small A-7D Corsair’s (which had originally been designed for the Navy.)

He’s not coming back

One fine May day, on one of my infrequent trips to the flight line (I usually had to be dragged since it was really hot outside the air-conditioned shop), I noticed a few crew chiefs huddled around an empty aircraft spot next to the plane I was working on.

Typically there would have been another of the A-7’s parked there. I didn’t think much of it as I was crawling over our plane trying to help troubleshoot some busted wiring. But I started noticing more and more vans stop by with other pilots and other technicians– some to talk to the crew chief, others just to stop and stare at the empty spot where a plane should have been parked. I hung back until one of my fellow techs said, “Lets go find out what the party is about.”

We walked over and quickly found out it wasn’t a party – it was more like a funeral.  The A-7 had been shot down over Cambodia.  And as we found out later, the pilot wasn’t ever coming home.

An empty place on the flight line
While we were living the good life in Thailand, the Army and Marines were pounding the jungle every day in Vietnam. Some of them saw death up close. 58,000 didn’t come back – their average age was 22.

Everyone shook their heads about how sad. I heard later from “old-timers” who had come back for multiple tours “Oh, this is nothing you should have been here in…” and they’d insert whatever year they had been around when some days multiple planes failed to return. During the Vietnam War ~9,000 aircraft and helicopters were destroyed. Thousands of pilots and crews were killed.

It’s Not a Game
I still remember that exact moment – standing in the bright sun where a plane should be, with the ever present smell of jet fuel, hearing the engines of various planes taxing and taking off with the roar and then distant rumble of full afterburners – when all of a sudden all the noise and smells seemed to stop – like someone had suddenly turned off a switch. And there I had a flash of realization and woke up to where I was. I suddenly and clearly understood this wasn’t a game. This wasn’t just a big party. We were engaged in killing other people and they were equally intent on killing us. I turned and looked at the pilots with a growing sense of awe and fear and realized what their job – and ours – was.

That day I began to think about the nature of war, the doctrine of just war, risk, and the value of National Service.

Captain Jeremiah Costello and his A-7D was the last attack aircraft shot down in the Vietnam War.

For the rest of my career when things got tough in a startup (being yelled at, working until I dropped, running out of money, being on both ends of stupid decisions, pushing people to their limits, etc.), I would vividly remember seeing that empty spot on the flightline. It put everything in perspective.

Entrepreneurship is hard but you can’t die.