Taking on the same market as PayPal, WePay makes payments as easy as embedding a YouTube videos

Online businesses revolve around a way for people to pay quickly and efficiently, and one company wants to make it as easy and pasting a single line of code. Not such a bad deal, right?

WePay aims to be the next evolution of PayPal by letting merchants accept online payments and donations without having to do any of the work.

The Palo Alto-based company has raised $19.2 million to date and says that it has processes hundreds of millions of dollars in payment volume annually.

Now, a new extension of the WePay service, released Wednesday, called WePay Payment Buttons, gives anyone the ability to grab and embed code on their website and a one-click button will appear to let people make payments. The payments buttons are being offered are “Buy Now,” “Donate,” and “Register."

And what merchants should love about this other than the blatant ease of this, is that the WePay checkout process takes place on the merchant’s website, not an outside platform.

Where PayPal has a 500-page instruction manual, WePay errs on the side of simplicity so that everyone has the knowledge and access to get their e-commerce going,

Founded in 2008, WePay is ready to go after the same customers that PayPal has signed and aims to add to its service. The company is currently adding more than 1,000 active merchants per week.

PayPal brought in about $1.4 billion in revenue for parent company eBay in the second quarter of 2012 and is only expanding its footprint by signing on 7,000 offline stores for 2013.

This online focus for WePay comes as PayPal and others look at the ability to grow offline in brick and mortar stores.

Earlier this week MasterCard penned a five-year deal with Everything Everywhere, the joint venture between France Telecom’s Orange and T-Mobile, to develop mobile payment solutions, NFC payments in the UK. This is the largest mobile/NFC deal in the country and will cover 27 million subscribers.

This news comes as many are still talking about MasterCard's other recent partnership with Deutsche Telekom covering Germany and other T-Mobile operations in Europe.

Competitors like Square, iZettle and PayPal have also set their sites on retail companies, small businesses, and multiple ways to pay.

McDonald's is currently testing a version of PayPal's mobile payment system in 30 of its restaurants in France.

As PayPal clamors to fight the strengthening hand of Square, many wonder what the future will look like if the mobile payment market becomes highly fragmented.

When Square struck a world's largest coffee chain last week, the company showed its ability to translate a small business aid into a tool that can improve efficiency and customer retention by offering a new and easier way to pay. Now it looks like PayPal could get the same perk, but from the world's largest hamburger chain.

PayPal already signed up more than 15 retailers, including Home Depot and Office Depot, to use its service in their stores but McDonald's comes with more than 30,000 restaurants, compared to the 7,000 stores snagged by the Starbucks deal.

Electronic payment is a market that is growing fast, and many companies are trying to get into it early on. A report earlier this year found that a vast majority, around 65%, of experts agreed that smartphone payments would be mainstream by the end of this decade. 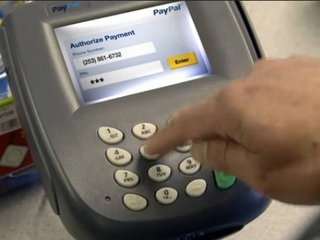 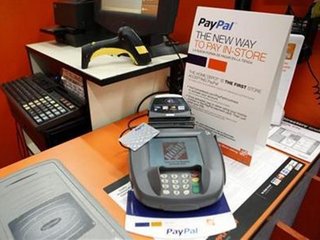 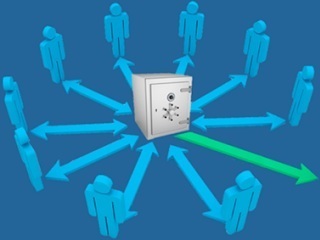