Watch out for savage VC deal terms when raising money

Terms in a term sheet entrepreneurs should look out for 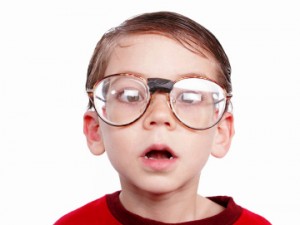 Some of the financings in ugly investment climates are typically proposed by venture capitalists on deal terms that approach the punitive.

By that I mean a Series A Round (or any professional round) which contemplates a "participating preferred" with anywhere from a '2X' to a '3X' return to the holder. What those abbreviated terms mean numerically is the following:

Assume the founders own stock in a company with a pre-money valuation of $5 million and (i) the Series A Round involves the investment by the VCs of $5 million in cash, and (ii) the exit event involves a sale or merger of the entire company for cash. The assumption is that the VCs would convert their straight convertible preferred to common stock if the price were right . i.e., if the price were in excess of $11 or $12 million. Any exit price less than that amount would induce the VCs to hold on to their preferred stock and insist on their liquidation preference, which means the amount they initially paid for the stock plus accrued and unpaid dividends. If the liquidation preference were to be somewhere in the $6 million range ($5 million in principal and $1 million in accrued dividends), the holders of the preferred would elect to take their money back. If the exit price were in excess of $12 million, then it pays the VCs to convert and share in 50% of the proceeds (at a $20 million exit price, the VCs pocket $10 million).

Participating preferred, however, eliminates the necessity of an election. Under the above scenario, the holders of the participating preferred take their $6 million in liquidation preference off the top and then split the remaining proceeds 50/50, even though they have not in fact officially converted. Given $20 million in exit proceeds, the VCs take $6 million plus 50% of $14 million (or $7 million), meaning they pocket $13 million and the founders/angels are left with $7 million.

The issue gets even more complicated if the '2X,' '3X,' '4X' right is taken into account. In the worst case scenario, the VC holders of a participating preferred are entitled not simply to '1X' of the liquidation preference but, say, '3X.' Under those circumstances, the VCs would take $18 million off the top and then 50 percent of the proceeds. (The double dip does not exist if the participating preferred is “capped”, meaning that the VC must elect to take 2X and go home or, depending on the exit proceeds, convert at 2X.)

Given $20 million in proceeds, the VCs take $19 million and the founders/angels split $1 million amongst themselves. Things can become more complicated if there have been dilutive rounds of financing, particularly if the dilution adjustment is "full ratchet" versus "weighted average" anti-dilution protection. And finally there are additional "insults"... additional dilution in the Series A Round through warrant coverage to the VCs and/or reverse-vesting (meaning the imposition of vesting restrictions on already vested shares owned by the founders).

It will become obvious that the terms of venture financings can be such that the founders may well lose interest. In the example we have cited, the founders (presuming they are also the executives in charge of the enterprise) may have achieved a 'double your money' proposition as of the exit event. Nonetheless, their share of the proceeds is limited to $1 million. The VCs put up $5 million and take home $19 million. Meanwhile, the founders enter into the Series A Round with a pre-money valuation of $5 million but, due to the onerous deal terms, they wind-up with only $1 million (20%) of their pre-money valuation.

The problem with all this from the standpoint of all parties is the "too good to be true" phenomenon. I generally advise my VC clients to avoid structuring deals that are too favorable to the investors, at the expense of the sweat equity for founders. In the first place, if the founders would give up deal terms so extremely onerous to themselves, then they may be much more desperate than the situation appears on the surface and the deal should be avoided. Secondly, if the investment climate is such that the founders see little hope of coming out with any serious money in their pockets (absent some extraordinary terminal valuation), then, to the extent the founders and the executives are the same people, there is a morale problem. And finally, my experience has been that parties who have accepted deal terms that they deem to be inherently unfair sooner or later figure out ways to get even, either legally or extra-legally. They start plotting their next career move, perhaps with a competitor, from the date the deal is closed.

In short, the VCs, while putting in place extremely favorable terms from their point of view, face the possibility of shooting themselves in the feet, particularly with respect to employee morale. One way to build the founders/executives back up is to create a performance-based option restricted stock pool, viewing the Series A financing as what is known in the trade as a "restart." Restarts are used when a company has, in effect, failed and is being rebuilt from ground zero. Under those circumstances, the founders/executives are ordinarily sullen but not mutinous, and they accept the notion that their prior equity has been lost and they have to earn back new places at the equity table with future performance. In today's climate, however, many of the companies involved are not failing; but nonetheless they are subjected to restart deal terms. That is inherently unstable and a challenge to VCs to create a culture and an atmosphere that is conducive to inspired motivation.

For those of you wanting to know the actual deal terms for specific companies, we invite you to access our collection of over 15,000 companies. For more information on the Valuation & Deal Term Database, please call (646) 290-9254 or send an email to contact@vcexperts.com.