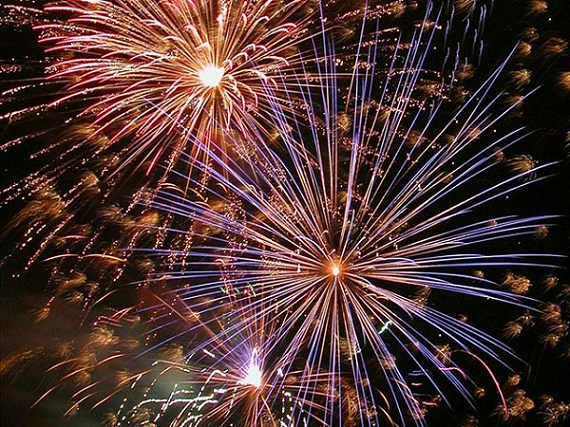 Remember when nobody cared about Apple anymore? Back in the mid-90's, the company seemed like it was dead, or at least forgotten.

Oh, how times have changed.

If you needed any further proof, it is now official: Apple really is the most valuable U.S. company of all time.

Apple ended trading on Monday with a market capitalization of $623.52 billion, surpassing Microsoft’s previous record of $ $618.9 billion, which it set way back in December 1999.

Market capitalization is calculated by multiplying a company's stock price by it number of outstanding shares.

While some have pointed out that Microsoft would actually have been worth $850 billion at the time when adjusted for inflation, that should not take away from Apple’s remarkable achievement, which becomes all the more extraordinary when you realize that the company’s market cap, which hit $600 billion in April, was worth almost nothing a decade ago. 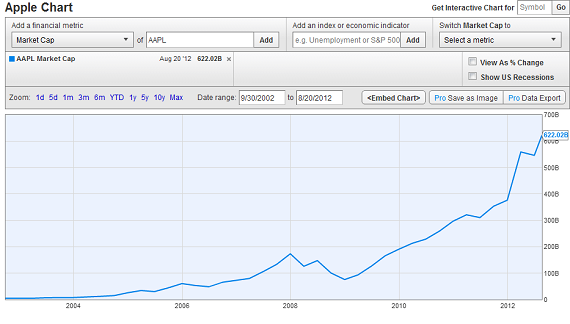 Market cap leaders: where are they now?

Back when Microsoft was leading the market capitalization pack, General Electric, Cisco Systems, Exxon Mobile and Wal-Mart rounded out the top five.

Now, 13 years later, of those companies, only Exxon Mobile has a better market cap now than it did then: going up from $283 billion to $405.97 billion. In fact, Apple overtook Exxon Mobil to reach the top market capitalization spot last year.

Apple's old rival Microsoft, on the other hand, now has a market cap that is less than half of what it once was. It is currently $257.71 billion.

While some have predicted that Apple’s market cap could reach $1 trillion dollars in just two years, perhaps the company should take a look at those other companies, most importantly Microsoft, as a cautionary tale, especially given that the company just experienced a disappointing quarter.

For the second time since Tim Cook took over, following the death of Steve Jobs, Apple missed the mark in its quarterly earnings.

Apple had $35 billion in revenue, with a net profit of $8.8 billion. Apple sold 26 million iPhones last quarter, an increase of 28% over the same quarter last year, but that’s still lower than the 29-30 million units sold that analysts were expecting.

Still, Apple should be happy with how its devices are selling.

Apple has seen its shares rise 64% in 2012 and 9% in September alone. Apple stock was up nearly 3% on Monday, ending at $666.50 in after hours trading in anticipation of the new iPhone 5 and iPad mini, which are expected to debut on September 12.

The iPad mini will likely have a seven or eight inch screen, while the new iPhone is rumored to have both a larger screen, and a thinner body, than previous iPhone models. It will supposedly have a four-inch, 16:9 screen, and a smaller dock connector.

Apple typically sees its stock rally in the weeks leading up to a new product launch.