In an effort to boost the rich Web, mobile experience, App Center comes to international users 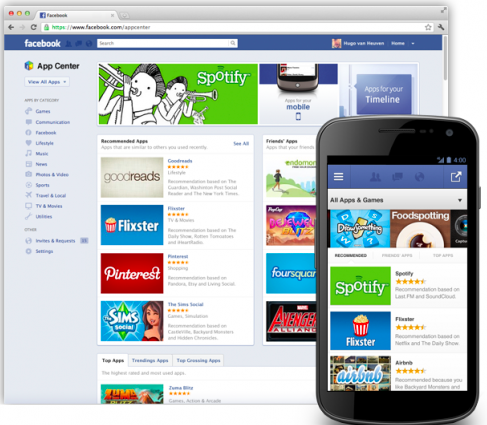 During the height of the most collaborative world-wide event, Facebook finally turned on its App Center internationally. The app storefront for Facebook's desktop and mobile applications was previously only live in English-speaking countries, but as we reported earlier this summer, the store was ready to expand by country of origin and language.

All Facebook users will no see the App Center icon on the left side of their Facebook homepage, as well as in the Facebook apps for iPhone, iPad and Android.

Non-US users currently make up 81% of Facebook’s 955 million monthly active users and are growing much faster than the users within the US.

But, contrarily, the US audience brings in more revenues than the international does, by percentage -- 50% of the revenues last quarter came from digital good and advertising for a US audience.

“We have made and are continuing to make major investments to enable developers to build applications and websites that integrate with the Facebook Platform,” Facebook noted in the 10-K, but also explained that “developers may choose to build on other platforms, including mobile platforms controlled by third parties, rather than building on the Facebook Platform.”

Having an App Center and a richer mobile experience is crucial for Facebook's future. Mobile MAUs rose to 543 million, up 10% from the 488 million users that were logging on via mobile device back in April, and up 67% from last year, according to its quarterly earnings report last month.

Zuckerberg even added that the “mobile experience (for Facebook right now) is fairly basic compared to what many people want.” An issue that he thinks the App Center and continued collaboration with Apple and Google will improve soon. 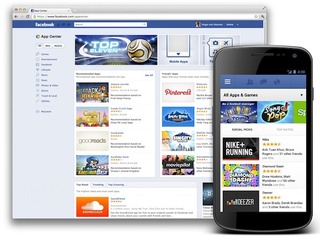 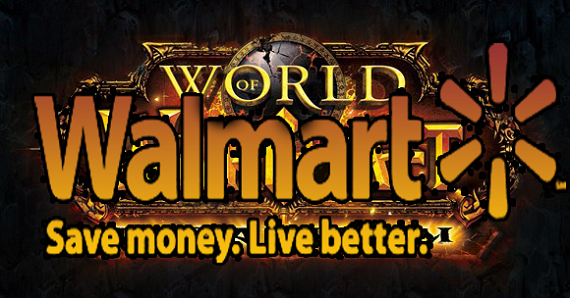 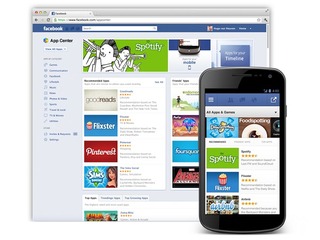