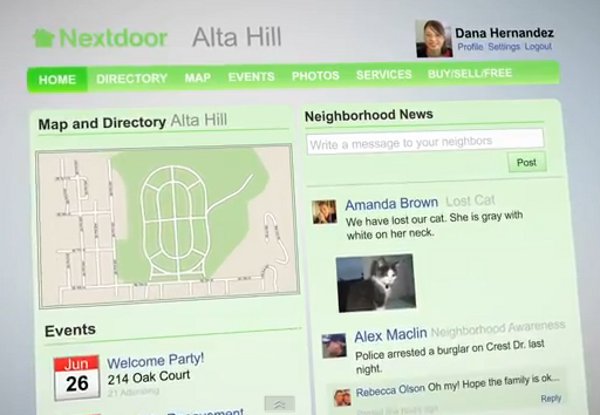 One of the more interesting developments to come out of the rise of social media is the fact that people are networked in totally different ways than in previous generations.  The church group, bowling league, and volunteer club of yesteryear are now Facebook, Twitter, and Pinterest.  The upside of that is that far-flung friends and relatives can stay connected like never before.  The downside is that people don’t know their next-door neighbors anymore.  Nextdoor aims to bridge that gap by being a private social network for neighbors.

To recap, Nextdoor has created a platform that actually solves the puzzle of how to connect with people who may be complete strangers while also keeping the network secure.  First and foremost, anyone who wants to join has to verify their address, which Nextdoor does by either sending the resident a postcard with a special code on it, calling a home phone registered to that address, making a one-time $0.01 charge to a credit card to confirm the person’s billing address, or through a recommendation by a neighbor who’s already on Nextdoor.

Now the tough part: how do you get your neighbors to join if you don’t know them?  Nextdoor has solved that problem in the least weird way imaginable.  If you know your neighbor’s email address, you can invite them to join via email, but if not, you can print out flyers to distribute to all of your neighbors.  Or, if you really want to avoid any weirdness (like when someone opens the front door while you’re putting a flyer in their mailbox…weird), you can actually have Nextdoor send your neighbors a postcard at no cost to you.  I just ordered 100 postcards to be sent to all of my neighbors.

“We continue to be blown away by the response to Nextdoor from neighbors across the country.  My partners and I are true believers in Nextdoor’s opportunity to bring back a sense of community to the neighborhood,” said Bill Gurley of Benchmark Capital.

Indeed, Nextdoor has a surprisingly rapid adoption rate.  In one case, a neighborhood in Menlo Park started out with only one user, and within six months, almost the entire neighborhood had joined (all but four holdouts out of a total of some 80 households).

The company isn't releasing user numbers, but CEO Niral Tolia tells me that the site is adding 22 new neighborhood websites each day.

"We have Nextdoor websites in rural, suburban, and urban areas," says Tolia.  "We have been amazed at how well Nextdoor has worked in all sorts of neighborhoods: wealthy and not so wealthy, large and small, with young people and old. Our users are pretty evenly spread across the U.S., but so far we do see a pattern between where we are growing quickly and larger populations."

Nextdoor plans to use the new funds from this round to ramp up both domestic and international expansion.  The company estimates that there are some 200,000 neighborhoods in the U.S., and reaching every single one of them may require some new hires. 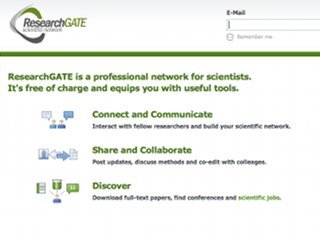