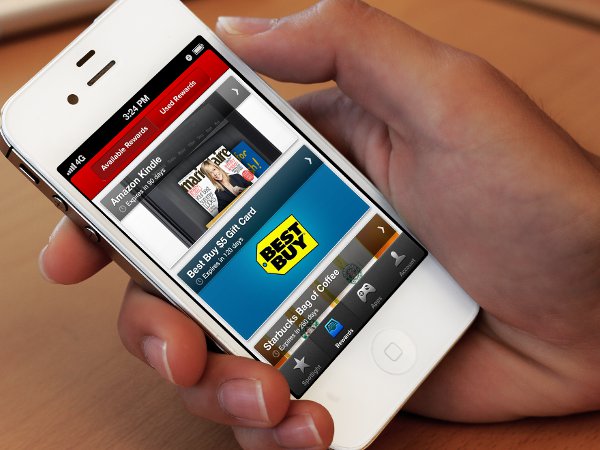 Hot off its $11 million Series B round, in-app advertising company Kiip announced Tuesday the launch of its very own app, affectionately dubbed “Kiipsake,” which will act as a mobile wallet for all of your Kiip rewards.

Previously, users who earned Kiip rewards could only redeem them one-by-one via email.  While users will still be able to redeem rewards via email if they choose, the new app allows them to store and redeem their Kiip rewards all from one location.  But beyond storage, the app also creates more visibility into the Kiip network so that users who enjoy using apps that allow them to earn Kiip rewards can see what other apps are Kiip-enabled.  This also serves as a nice little boon for advertisers who get greater visibility for their brands.

“We focused a lot on developers and brands, but we really never did anything that lets people know what Kiip is before they play the game,” said founder and CEO Brian Wong in an interview.

There are currently some 400 Kiip-enabled games and apps from such developers as Kira Games, Playforge, and Get Set Games.  There are also approximately 40 high-profile brands in the network, including Popchips, 1-800-Flowers.com, PepsiCo, Disney, Best Buy, Procter and Gamble, and more.

The company also says that first-time users have an initial engagement rate of 18-22%, which grows to 50% for returning users.  Brian explains the engagement rate as more than just click-through rate, but rather when a user actually decides to accept the rewards and submits his or her email address.

Last week, Kiip announced its $11 million Series B round, which brings the company’s total raised to $15.3 million.

Just a little over one year old, Kiip has had an interesting progression so far.  Launched as a mobile gaming ad network, the company made a name for itself by strategically offering gamers branded rewards right at the moment of achievement—when the user makes it to the next level or trounces her opponent.  The rewards, averaging $5 in value, are fairly simple—things like a $5 gift card to American Apparel or a sample from Bath & Body Works.

Several other in-app advertising models have been getting some attention as of late, including Vungle, the in-app video ad company, which raised $2 million in a seed round last May, and LifeStreet Media, which raised $66 million in May as well.