The secret is out! After seven months of evasive answers and vague details, Kiip has finally emerged from stealth mode to finally say definitively what it does. CEO Brian Wong’s nebulous definition of Kiip as a bridge between “mobile advertising and mobile gaming” actually translates to an in-game rewards system that delivers real branded rewards at the moment of achievement in a game, such as reaching the next level or solving a tough problem. Strangely enough, it seems like such a logical solution that it’s a wonder no one has thought of this before.

The concept behind Kiip is mind-bogglingly simple: when you advance in a mobile game, you earn real rewards, like free bags of chips from popchips, or a sample of mascara from Sephora. By harnessing that specific level of engagement at the moment of achievement, Kiip isn’t just delivering banner ads on a screen, but interactive ads that are intricately tied up with the game itself and the user’s gaming experience. This is obviously a huge step away from distracting banner ads that simply take up screen space and detract from the user’s overall experience.

The beauty of the solution is that these days, everyone is a gamer. Where console games once required someone with great hand-eye coordination and arthritis-proof thumbs, the casual gamer can be anyone with a smartphone and a few minutes to kill.

But despite its emergence from stealth mode, Kiip isn’t ready to spill the beans on everything. The company’s in-game rewards solution will be kicking off today among fifteen mobile game titles to reach 12 million users, but the company isn’t saying which titles those include. The company will be announcing these developer partnerships and how the solution will be integrated into the games in the coming weeks.

When I asked Brian Wong if the rewards system will be tied in with location in any way (i.e. check-ins or actual geographic location), his simple answer was: “Yes,” adding that the company has a lot of fun stuff planned for location and more details will emerge in the coming weeks.

Today’s announcement comes one week after the company announced its $4 million Series A round led by Hummer Winblad Venture Partners, with help from Crosslink Capitaland existing investor True Ventures. 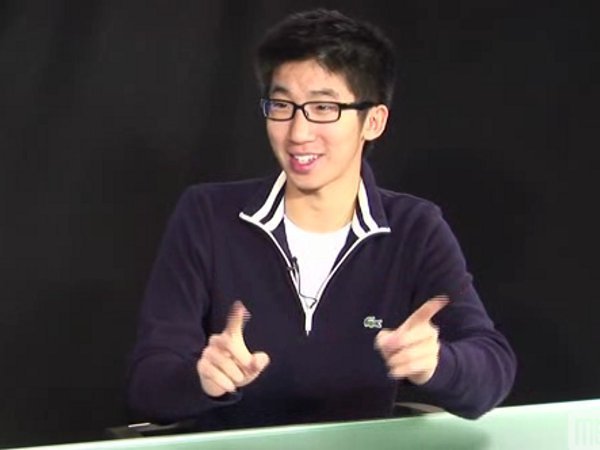 Brian Wong on how a teenager raises VC funds