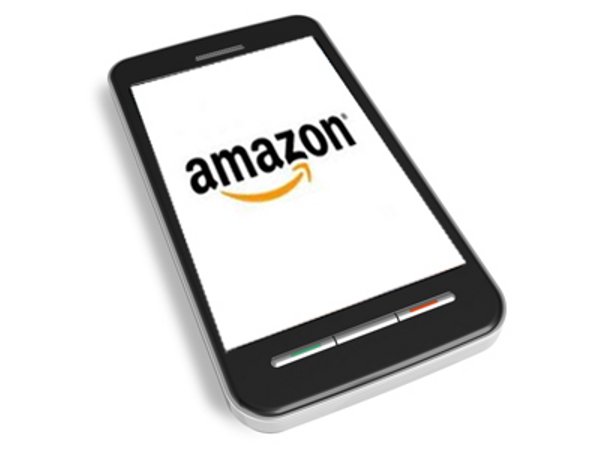 You know what would be great?  If Amazon created a smartphone.  Oh my God, they heard me!

That’s right, rumor has it that Amazon has its very own smartphone in the works.  Reports say that the phone will run Google’s Android operating system and will be fancy enough to compete with the iPhone.  Sources say the e-commerce giant is working with Apple’s own manufacturer, Foxconn, in China.  And Amazon is reportedly already in the process of heading off patent infringement allegations by seeking to acquire wireless technology patents.

“Based on our supply chain channel checks in Asia led by Kevin Chang, Citi’s Taipei-based hardware research analyst, we believe an Amazon Smartphone will be launched in 4Q12,” he wrote in a note.  He guestimated that the phone would cost somewhere between $150 and $170 to build, and that Amazon would sell it for around that price point.  “For a normal brand like HTC, they need to price the product at US$243 to make 30% gross margin. If Amazon is actually willing to lose some money on the device, the price gap could be even bigger,” Mahaney wrote.

Amazon has already shown that it’s willing to take a loss to gain a dominant foothold in a given market.  When the Kindle e-reader first debuted, Amazon was willing to purchase e-books for their full price and sell them for $10 a piece just to fuel Kindle sales.

Amazon has long been touted as the one brand that could legitimately give Apple a run for its money in the device market.  Studies have shown that Apple customers tend to be fiercely loyal to Apple.  In a recent Goldman Sachs survey of 1,000 iPhone and iPad owners, 88% say that their next device will likely come from Apple as well.  Among those who own at least two Apple devices already, the number jumps to a whopping 96%.

But Amazon, like Apple, has the potential to generate intense customer loyalty based on the simple fact that it has a far reaching media platform already primed and ready to go.

Amazon’s tablet market share dropped in Q1 2012 to just 4%, which dropped it to third place among the top tablet makers, according to IDC.  Apple, naturally, maintained the lead with 11.8 million iPads shipped in the first quarter, increasing its worldwide market share to 68%. 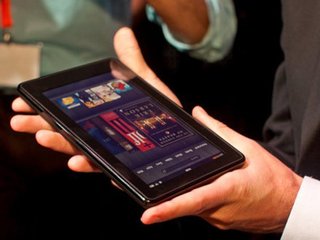