The company turns the bland resume into a spicy dynamic portfolio 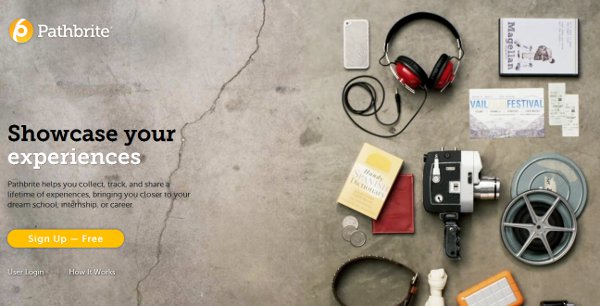 We live in an age of entire digital libraries stored on tablets that weigh less than two pounds, of NFC-based transactions that take place with a tap or wave of your phone, and of devices that allow you to buy and watch movies without ever getting off your couch.  And yet when it comes to applying for a job, the number one rule has always been—and remains: keep your resume under two pages.

The more you think about it, the more useless resumes seem.  Recruiters are always talking about how they blast through hundreds, if not thousands of resumes a day, and they only have time to skim through the obligatory buzz words, like “team player” and “good communication skills.”  One new startup, Pathbrite, aims to replace the flat, flavorless resume with a dynamic portfolio that really showcases applicants’ skills and knowledge, and the company announced Wednesday that it has raised $2.5 million in a Series A round led by Rethink Education, with strategic investment from standardized testing company ACT.  The round brings Pathbrite's total raised to more than $4 million

You may remember CEO and founder Heather Hiles as the creator of Rrripple, the digital platform that allows users to share content privately with one another.  Hiles found that acquiring and retaining users wasn’t going so well, so she took a step back and did some more research.  She came back with a new product: Pathbrite.

Pathbrite is the newer, cooler Monster.com, only instead of creating stale resumes, users can create portfolios of their work, complete with social sharing tools.  To get started, you can create a free account using the basic service, create a portfolio of your choice, and begin uploading documents and content, whether it’s official transcripts, certifications, writing and art samples, cover letters, and more.  You can choose to share the portfolio selectively with mentors, professors, or parents—or you can share it publicly with anyone who wants to take a gander.  For those who want to keep their portfolios under wraps until they’re perfect, you can make your portfolio private.

“Our target end user is the college student who’s both applying for grad school and jobs and needs a three-dimensional way to showcase his or her achievements,” CEO Heather Hiles told me in an interview.  “We’re partnering with lots of private and public schools and also launching with [Stanford’s mobile app system] iStanford.  Our goal is to get organic real usage.”

The site just came out of private beta mode earlier this week and currently has some 5,000 beta users.  Pathbrite is also partnering with companies to create pilot programs whereby employers can ask applicants to submit their Pathbrite portfolios for review.  One such pilot is currently underway with the Burberry Corporation, and Hiles says the company is in talks with several other large companies.

With 20 years of experience working in education under her belt, Hiles has quite a portfolio, herself.  Hiles ran SFWorks from 1997 to 2001, during welfare reform, and helped get 3,000 women trained and employed.  Under her leadership, SFWorks had a 95% placement rate across 12 different sectors of industry.  Hiles says that if she had had a portfolio platform like Pathbrite, she would’ve used it.

The new funding from this round will be put toward growth and product development.  Pathbrite’s native iPad app is already available in the App Store, and later this year Hiles says the company will release an iPhone and Android app as well.  And by January of next year, she says Pathbrite will have a new enterprise layer of tools.

rrripple empowers educators, students, parents and others to chronicle, curate and share their digital content in a safe and secure environment bringing next generation computing to classrooms.

Customer Problem: Existing social networking sites are not designed for students and young children which are compromising privacy. Students need a safe and secure platform to interact with their peers and teachers. Students of all ages can rely on rrripple's timeline interface for chronicling all types of media/content.

rrripple is a powerful tool for students, teachers and parents
alike. It is an intuitive timeline-based interface with core architecture based on private group sharing, giving users full control over their media and providing seamless intregration across web and mobile platforms. Teachers can upload
classroom content (lesson plans, lecture notes, supporting images, videos) at one place on an intuitive timeline and engage with their students.

Here's a quick video that speaks to rrripple's focus on privacy and how local Bay Area teachers and educational leaders are using it:
http://www.youtube.com/watch?v=Lb9a51Hs3yY

The mission of Pathbrite is to build innovative solutions that help students of all ages collect, track and showcase a lifetime of achievement, and that recommend pathways for continuous success.

We do this by providing next-generation, individualized ePortfolios to students and learners of all ages. These ePortfolios allow users to track, curate and showcase eveidence of their achievement of all kinds against their stated goals and those of their peers.

I have 20 years of experience using technology to help people optimize learning and employment outcomes. I am passionate about bringing to market the best digital portfolio in the world. 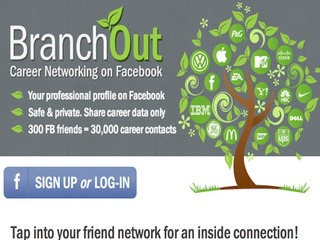