Google and China have had a particularly contentious relationship over the past few years. China has cracked down so severely on the Internet, and Google searches in particular, that Google has not even operated in the country since 2010, instead moving operations to Hong Kong. Now Google has gone a step further to help Chinese citizens avoid censorship problems that they continually experience when trying to use the search engine.

Users in mainland China will be alerted if their search term will cause them to experience connection problems, Google said in a blog post on Thursday.

Chinese users “are regularly getting error messages like ‘This webpage is not available’ or ‘The connection was reset. And when that happens, people typically cannot use Google again for a minute or more,” Google Senior Vice President Alan Eustace wrote.

Google reviewed the top 350,000 search terms searched for in China, in order to identify which specific terms were responsible for the shutdown.

“So starting today we’ll notify users in mainland China when they enter a keyword that may cause connection issues. By prompting people to revise their queries, we hope to reduce these disruptions and improve our user experience from mainland China.”

Certain search terms in China can cause errors simply because of their context, not because the user was even trying to search for a term that would normally be censored.

For example, the word carrot in Chinese contains the character that represents the last name of President Hu Jintao, so this search would cause Google to shut down.

Similar issues come up with the Chinese words for River and McDonalds.

Now, the user will see this message after typing carrot in the search bar:

"We've observed that searching for 'hu' in mainland China may temporarily break your connection to Google. This interruption is outside Google's control."

Google and China had a fairly acrimonious relationship until early 2010, when Google shut down its search services in China, after the government used Google to go after human rights activists by hacking into the Gmail accounts of dissidents.

Google instead chose to move operations to Hong Kong, where they would no longer be under the threat of censorship.

"we want as many people in the world as possible to have access to our services, including users in mainland China, yet the Chinese government has been crystal clear throughout our discussions that self-censorship is a non-negotiable legal requirement. We believe this new approach of providing uncensored search in simplified Chinese from Google.com.hk is a sensible solution to the challenges we've faced—it's entirely legal and will meaningfully increase access to information for people in China,” Google said at the time.

Unfortunately this did not stop the Chinese government from being able to censor searches, forcing Google to continue the fight to get information to Chinese users. 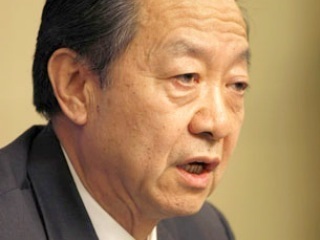 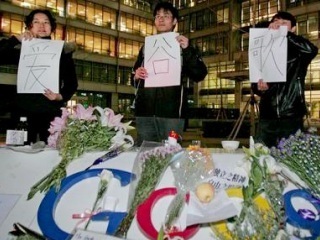