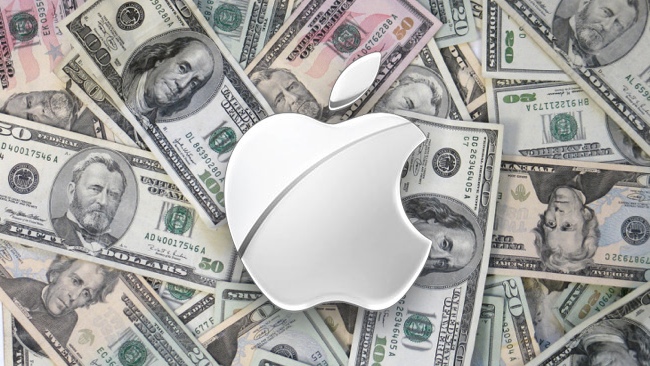 Shares of Apple ran up 9%to close at $610 in Wednesday trading, after the company posted second-quarter results that handily beat analysts' estimates as iPhone and iPad sales surged.

The strength behind the iPhone sales has been a huge boon to the results from Apple this quarter, according to Toni Sacconaghi, an analyst at Bernstein Research. Apple's rocking iPhone sales, which surged 17% to 35.1 million units, were well above some estimates of 30 million to 31 million.

"Amid a backdrop of considerable investor worry, Apple's results meaningfully eclipsed consensus estimates on revenues, gross margins, and EPS, with upside being driven exclusively by iPhone strength in China and a channel inventory build," said Sacconaghi, in a research note.

Apple also said that iPad sales jumped 151% in the quarter, but had already priced that in. In fact, iPad sales fell short of some estimates of 13 million sales.

As for sales of its other products, Mac sales rose  7% while iPod sales fell 15% from last year's quarter, which despite the decline was a lot less steeper than the 25% to 35% drop analysts and Apple were expecting. And, the iPod Touch and other iPod products still hold onto more than half of the MP3 market at large.

When broken down, Apple sold 35.1 million iPhones, 11.8 million iPads during the quarter, 4 million Macs, and 7.7 million iPods. Also over 125 million people are signed on to iCloud.

“We’re thrilled with sales of over 35 million iPhones and almost 12 million iPads in the March quarter,” said Tim Cook, Apple’s CEO, said in a statement. “The new iPad is off to a great start, and across the year you’re going to see a lot more of the kind of innovation that only Apple can deliver.”

At the end of the quarter, Apple had $10.1 billion in cash and cash equivalents.

It's also important to note that international sales accounted for a staggering 64% of the quarter’s revenue.

In fact, the demand for the iPhone in China has increased five-fold since over the last quarter, according to the Apple's latest announcement. The popular mobile device debuted there just months ago.  The company’s sales in the Asia-Pacific region more than doubled year-over-year, rising 114% to $10.1 billion in Q2.

But one area that may be of concern is the company's outlook for the current quarter. "Looking ahead to the third fiscal quarter, we expect revenue of about $34 billion and diluted earnings per share of about $8.68," said Peter Oppenheimer, Apple’s CFO, in a statement.

This outlook is lower than estimates hovering around $9.95 per share on sales of $37 billion.

Oppenheimer also added that the Apple stores are experiencing approximately $12.2 million of revenue per store, which is up 23% over last year.  Apple saw 85 million visitors enter its shiny glass doors during the past quarter, up from 71 million during the same quarter last year.

Apple stores were responsible for just around 10% of its total $39.2 billion revenue and Cook pointed out that just about half of the Macs sold during the quarter were to customers that had never owned Macs before.

Apple is also getting substantial business via digital goods it sells and rents in iTunes and the App Store. The iTunes store generated $1.9 billion in revenue in the second quarter of this year but didn't give out specifics on how much of that was for songs, apps or movies.

Last month, Apple announced that it saw 25 billion apps downloads, showing just what a robust audience and catalog it has built in just two years. 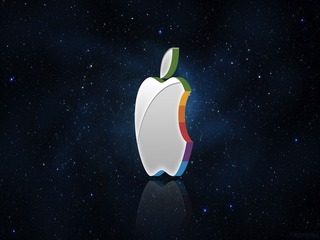