Ozzie: 'We stop referring to them as PCs, we refer to them as other things' 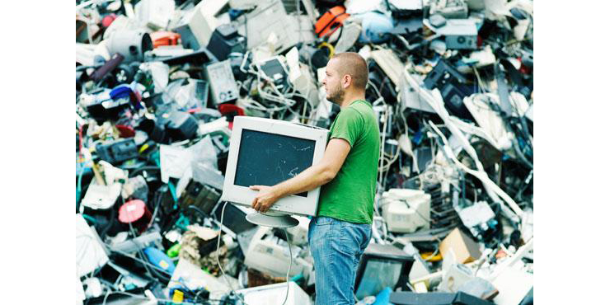 With the launch of the new iPad tablet today, and with sales projections that are enormous, many are wondering just how much life the PC has left in it.  That is of course if the PC isn't already dead, which is what a former top executive at Microsoft is declaring.

"People argue about 'are we in a post-PC world?'. Why are we arguing? Of course we are in a post-PC world," Ray Ozzie, a former top executive at Microsoft, is quoted as saying Wednesday at a technology conference run by tech blog GeekWire in Seattle.

Ozzie was Chief Technical Officer, and then Chief Software Architect, a role he took over from Bill Gates, between 2005 and 2010.

Of course, what Ozzie said should not be news to anyone paying attention, but it is remarkable to hear it come out of the mouth of a man who worked so high up in the company that essentially made PCs a household item.

Ozzie did not write the PC off completely, adding, "That doesn't mean the PC dies, that just means that the scenarios that we use them in, we stop referring to them as PCs, we refer to them as other things.”

He put the future of the Microsoft on the shoulders of its new upcoming operating system.

"If Windows 8 shifts in a form that people really want to buy the product, the company will have a great future."

Sales of PCs are projected to have grown 3.8% in 2011, lower than an earlier projection of 9.3%, according to a Gartner report. And while PC sales were supposed to be brisk at 12% this year, the outlook isn't so positive. PC sales are estimated to grow 11% this year.

Meanwhile Gartner is projecting tablets to grow to be as much as 60% of the sales of the PC by 2015, with the iPad taking up nearly half of those sales.

Tablets have a long way to go before they can catch up to sales of the PC, but it is more a question of if, rather than when. It seems like a lifetime ago when Apple and Microsoft were fighting for dominance in the technology market. Apple might have just delivered the knockout blow.