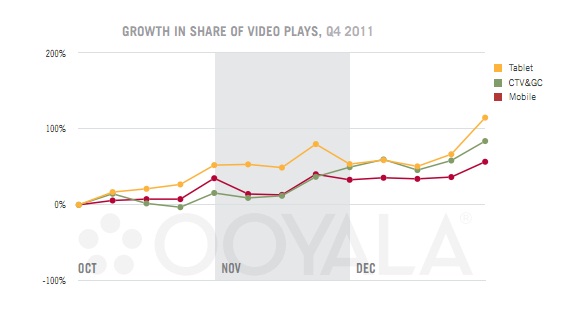 Ooyala, a provider of digital video technology, analytics and services, released its Q4 2011 Video Index report Wednesday, which showed that people are watching videos on their tablets, smart phones, and connected TVs at unprecedented rates.

Ooyala bases its quarterly reports on data collected from its more than 100 million viewers every month, to help publishers better understand audiences, increase viewership and earn more revenue with online video. Some of the findings for Q4 2011 confirmed trends that have been widely reported on, but others were a bit more surprising.

In the "could've guessed that" category, Ooyala found that video plays on tablets, mobile devices and connected TVs nearly doubled in Q4 2011 over Q3 2011. The number surrounding sales of tablets from the iPad to the suddenly everywhere Kindle Fire confirm this trend.

Maybe less predictable, however, was that tablet viewers were found to be, generally, far more engaged than desktop viewers. Viewers of video on tablets were 45% more likely to complete at least 75% of videos played.

Also, Ooyala found that big screens are more likely to be used for longer content. Videos longer than 10 minutes accounted for more than half the hours played on connected TV devices & gaming consoles, according to their data.

Ooyala's study indicated very strong growth for videos viewed over the 2011 holidays, something confirmed by our own reportage, which showed that tablet ownership doubled over the holidays.

About 19% of American adults were using some form of tablet by January 2012, according to a Pew study conducted at that time. This is a marked uptick from only December 2011, when polls showed that only 10% were. The same percentage increase between December 2011 occurred in American adults who are using some form of e-reader. But the sharp increase of those who were using one or the other, either a tablet or an e-reading device, went from 18% in December to 29% in January.

While strength of video viewing on tablets was part of a larger trend of rapid growth in the ownership of these kinds of devices, Ooyala also showed this increase in mobile video viewing was likely an effect of the end-of-year festivities.The one-two punch of newly-gifted gadgets and time spent away from the office likely resulted in more online videos played on more devices.

Other findings included that Facebook users on average share ten times more video than Twitter users, and that video plays on Google TV grew 91% in Q4 2011 over Q3 2011. 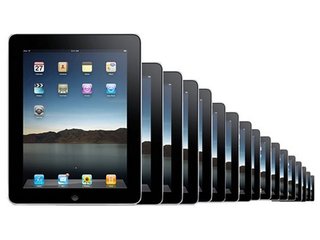 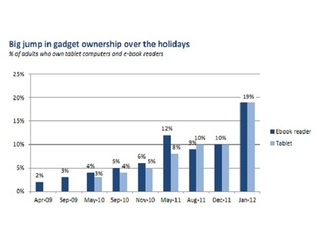