From consumer-focused to company-focused provider of emails and news 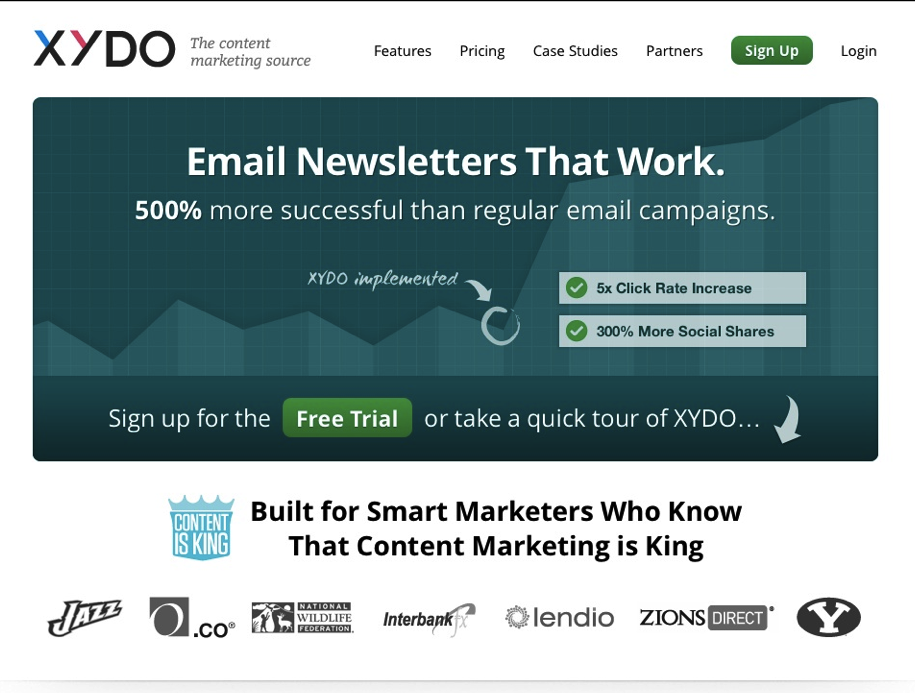 Often business models or products take shape over time, after many trial-and-error attempts to find something that really takes off with customers.

In the case of XYDO, which launched as a challenger to Flipboard and news readers back in 2010, that Aha! moment came about two months ago when the start-up decided to send out daily briefs filled with relevant news content to individuals. They found that the email open rate was about 40%.

Fast forward, XYDO announced Wednesday that it's focusing its business on creating emails with relevant content that corporations could send to its customer base. Essentially, it's a ready-made newsletter that's curated with top-rated news and information targeted to a specific customer base.

"XYDO helps these companies by identifying the content their customers are going to love," said Eric Roach, founder and CEO of XYDO, in an interview with me.

The first pilot customer was Lendio, which wanted to send interesting information about loans to its customers. It was a way to service its customers and engage them at the same time while not having to curate the relevant news and manage the email delivery.

Since XYDO started as a curator of news, it had already been aggregating content and ranking its relevance. "We pull in in excess of 200,000 feeds in real-time," Roach explained. "And we have three million individual curators (people who’ve signed up for the consumer side of the company's service)."

When these curators take action on a piece of content, with a "like" or a "tweet" or a "share," XYDO tracks them. They watch the trends in these actions to determine whether a piece of content is relevant. And, the content is pretty broad. "If you want to know about Korean BBQ, I can tell you the top 10 most relevant articles," said Roach. 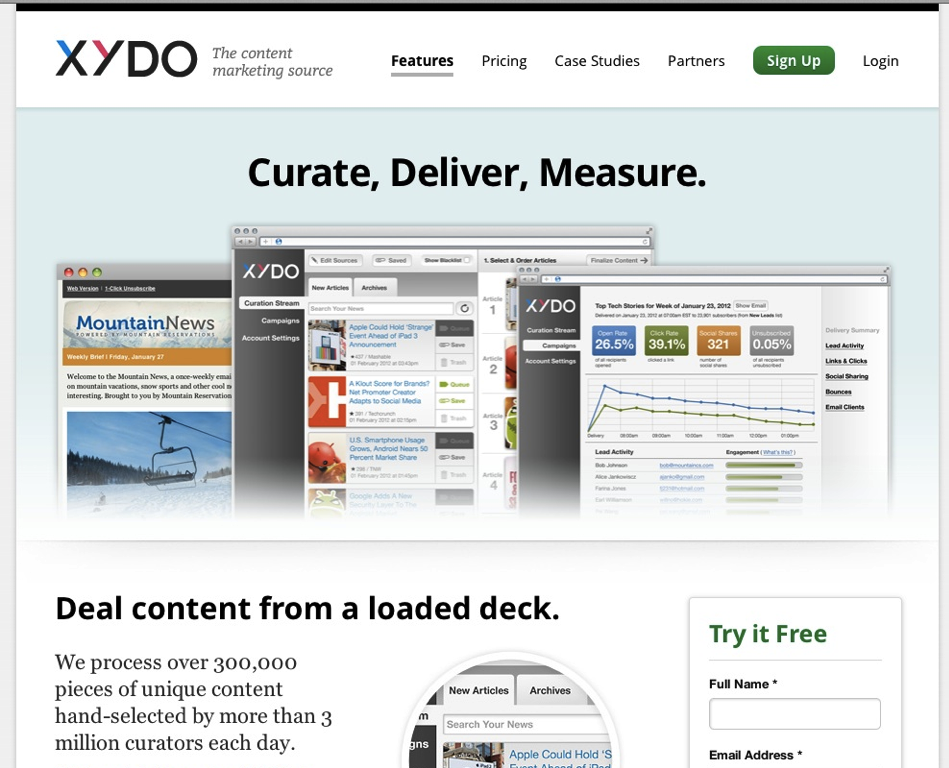 At the moment, XYDO is sending out 12 million emails a month for 26 customers, which range from small retailers to corporations like Lendio. Companies pay less than what they'd pay an email distributor, like Vertical Response and SendGrid, said Roach. Additionally, XYDO aggregates the content that's being delivered.

XYDO, which raised $1.5 million in seed funding, is starting to the process of raising about $4 million to $7 million for its Series A round.

XYDO Content Marketing Platform makes the constantly regenerating world of content work for businesses. Our system helps you deliver great content that turns prospects into customers, and customers into advocates. We’re loved by marketers big and small from huge companies to small non-profits.

XYDO processes over 250,000 articles, images, and video clips every day, matching each piece against a pool of 3 million contributors to identify content that will engage existing customers and capture new leads through social sharing.

At VerticalResponse staff work hard to offer online tools that enable anyone regardless of technical expertise to get up and running in minutes with their email and direct mail campaigns. Self-service isn’t just for the gas pump anymore, it’s the way businesses need to use the Internet to help them grow.

Tens of thousands of companies like Law.com, Splendora, and Maverick’s Surf Ventures use VerticalResponse on a regular basis to help them grow - who do you use?

There are two simple reasons why people have flocked to VerticalResponse to help them grow their businesses for over 5 years:

* A superior product that’s easy to use
* Superior customer support

From the very beginning VerticalResponse is decided that if you actually pick up the phone when a customer calls, call them back, or send them a real live email (not one generated by a robot), you’ll have a customer for life. Well, we think we did it. 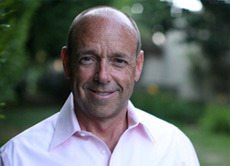 Eric Roach founded Lombard Brokerage, which pioneered stock trading on the Internet and was acquired by Morgan Stanley. Later in his career, Eric was recruited to serve as CEO of Elance.com.