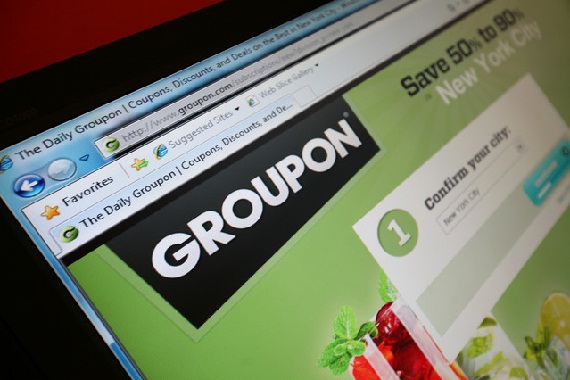 Daily deal site Groupon will be releasing its first earnings report since its tumultuous IPO last November, and analysts expect that the company will post its first profitable quarter in two years on revenue that's estimated to grow 170% from the same period last year.

Analysts expect to see earnings of 3 cents per share on revenue of $473.1 million in Q4, according to Factset. Forecasts for Q1 project quarterly revenue coming in at $600 million and earnings at 6 cents per share. Groupon hasn't posted a profit since March 2010, according to its SEC filings.

Shares of Groupon were down 1% to just under $24, in recent trading.

Most analysts are taking a neutral view of the company's shares, mostly because of concern over the slowing down of its intense growth over the past two years. For example, while analysts project a %10 revenue growth for Q4 2011, Groupon's revenue growth for the same period the previous year was 110%.

"Though shares have recovered since prior lows, we think investor conviction and sentiemtn in GRPN remains fairly low," wrote Doug Anmuth, analyst at JP Morgan, in a research note, referring to merchant retention concerns. "In addition, a small float (around 6% of shares outstanding) and relativeily high short interest could mean shares trade meaningfully higher if the company meets/beats consensus billings." Anmuth, who has a neutral rating on Groupon, expects fourth-quarter billings to come in at $1.21 billion.

Part of the trepidation on Wall Street surrounding Groupon's offering had to do with concern over the sustainability of its service, but also, oddly, a discrepancy in the revenue report on the Securities and Exchange Commissions (SEC) filing for the IPO. Groupon reported $713.4 million in revenue for 2010, and the SEC thought the number was closer to $312.9 million, eventually forcing them to revise it.

Groupon CEO Andrew Mason called this mistake on the SEC filing "bush league," in an interview with "60 Minutes" earlier this month. "Smart people can get this stuff wrong," Mason said, in the interview. "We're inventing a new industry. Like, if we were smart, evil people, we would be more cunning and subtle in our evil ways."

At the time, Groupon's $700 million IPO was the biggest American Internet public offering since Google's $1.7 billion offering in 2004. Of course, Facebook's $5 billion IPO has since overtaken them both.

But even though Groupon has since recovered, the company's IPO has become something of a cautionary tale and, according to some reports, may have contributed to Facebook going public with its relatively conservative $5 billion offering, as opposed to the $10 billion some were projecting.