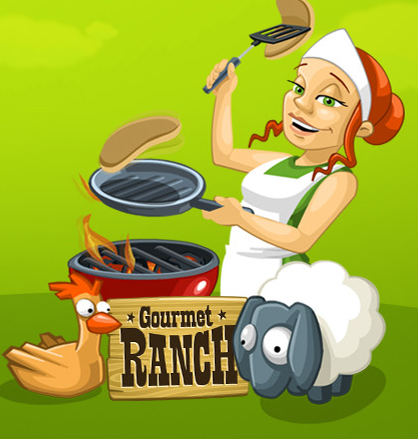 WIth all the buzz around Zynga's possible $7 billion flower, a lot of other gaming groups are staying proactive about their revenue models.

Social and mobile gaming is a significant $8 billion industry that is growing in some of the most passed over demographics of women and, specifically, major purchase drivers.

But because of all the scrutiny over Zynga's revenue model, dependance on Facebook and weak mobile adaption, investors are asking other gaming companies how they are securing their business model better than the biggest in the business.

I dropped in to the third annual AppNation Convention held in San Francisco this week to see how game developers are monetizing the games they produce and how Zynga going public has effected their companies.

Show me the money

Social gaming company, RockYou, has been in the social gaming scene since it launched ZooWorld within a month of Zynga's release of FarmVille and now has the second largest number of installs on Facebook.

RockYou's CEO Lisa Marino, in an interview with me, admited that the new revenue model for gaming companies is actually the old media model.

"For some reason, social gaming companies thought that they were above the media companies," said Marino, who expresses that a good balance in revenue looks a lot like bringing in 40% from advertisements and 60% from digital goods. "With as many eyeballs as these games are getting, we are nothing if not a media company."

Marino said that gaming companies were so familiar with the pay upfront model that it took a while to really integrate the digital goods and advertising models the way that is excelling now.

The strongest demographic for RockYou's games (like ZooWorld, Hooked and Gourmet Ranch) are especially strong with the 40-year-old mom crowd and because of this, the company secures premium advertising dollars (and those are dollars they don't have to give Facebook a 30% cut of, like the digital goods.)

For some of RockYou's games, the company is collecting $20 CPM on advertising campaigns and have an "extremely high" completion rate (which means most people are taking the poll, watching the video or otherwise interacting with the advertisements.)

Some of the brands that RockYou has been able to work closely with to create integrated marketing campaigns that want to reach moms, and their wallet, include Dawn, Volkswagon, Method, HP and The CW.

Since many games have both free applications and paid premium applications, the way that advertisements are presented to different users is customized to create a tailored experience. Social gaming sites have mandatory ads that may show up for non-paying users and paying users might gain digital perks or goods for opting-in to ad campaigns. Marino says that this is key to capture 100% of the audience and get those needed ad dollars to advertise the game and leverage grow the ecosystem.

Learning on the fly 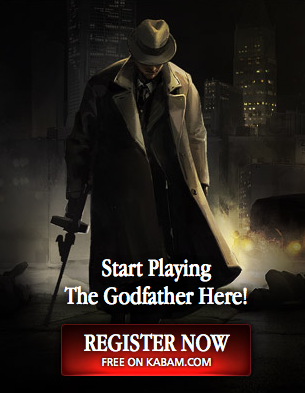 Since social gaming is only a handful of years old, all of the pioneering companies like RockYou, EA, Zynga, Kabam and others had a sharp learning curve on creating different methods of revenue.

Kabam's CEO Kevin Chou told VatorNews that since the company underestimated the price people were willing to pay for a better social gaming experience, the company left a lot of money on the table.

"We thought that $5 goods would be the strong sellers and we might get a few users buying $20 goods some of the time. But we were wrong," Chou said at AppNation. "As we saw the demand grow, people started buying $50-$100 items and even some of the $400 pricing. I can't even publicly disclose what our most expensive items are priced at."

Digital goods have proven to be great revenue drivers but that doesn't mean that every digital good created was a boon to the gaming revenue stream.

Rock You learned that some offerings hurt more than help if you don't track out all the possible outcomes before launch. A few years ago, ZooWorld offered a WildLife Tree for purchase, that users can shake and credits would drop out. What Rock You did not anticipate was that users would buy several trees and spent hours shaking the tree to rack up credits.

"That one product essentially cut out revenue in half for that quarter and we immediately had to pull that from the store so that no more users could buy it," said Marino. "But at that point we had to learn the hard way since there was no rule book."

What the big boys have done to the club

Facebook and Zynga have both fostered a very different environment in the world of gaming that has pushed many smaller developers out of the market.

Since Facebook houses such a large base of gamers, companies clearly want to be available on the platform, but because of the Facebook tax of 30% and the advertising pricing that excludes all but the most revenue-rich companies, a monopoly ecosystem is being fostered.

"The cost to advertise and stay relevant on Facebook pushed most games out of the market since they aren't just competing for ad space with EA and Zynga, they are against Nordstrom's and Best Buy too, " Marino told me.

Also all the scrutiny and questioning of the long-term viability of Zynga's revenue model has gotten investors working with other gamers and developers asking tougher questions and sometimes scrambling to get companies to branch out.

As Zynga makes the final push in the move to go public, game companies and developers have the opportunity to really explain the social gaming model to investors and show their strength in advertising innovation and ability to leverage a captive community to branding campaigns.