Analysts cite 3P sales for low Q4 revenue, but one analyst questions how numbers are reported 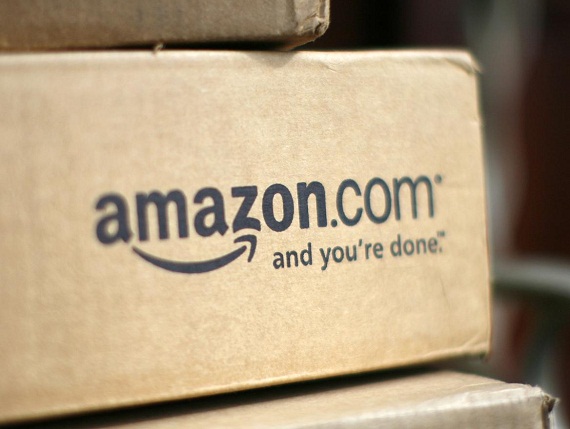 Shares of Amazon sank 8% after the king of online retail reported revenue that fell short of analyst expectations and a spending outlook that's more aggressive than the Street had predicted.

Amazon was down $15 to $178.70 in late trading, erasing most of its gains made since mid-January and putting the stock back to where it started the year.

"Despite 177% growth in Kindle family units during the holiday season, Amazon appears to have fallen short of our overly optimistic Fire and e-reader expectations," said Doug Anmuth of JP Morgan, in a report.

Despite the sour news and share decline, Anmuth encouraged investors to buy on weakness.

"We think we could see some further weakness in Amazon shares in the very near term, but we’d view further pull-backs as buying opportunities."

2011 saw Amazon investing a lot in digital content, including licensing partnerships, and engaging in a lot of infrastructure spending, including 17 more warehouses, such that many were expecting 2012 to be the year the company sat back and reaped the benefits. Not so, said Amazon CFO Szkutak, during a conference call with analysts Tuesday.

"We are continuing to look as we always do," replied Szkutak. "We learn every week, month and quarter about customer adoption... There’s a lot of interesting opportunities that we continue to invest in. So we are pleased with the performance in Q4 and what it means going forward for us.”

Translation: same as it ever was, and more spending for Amazon in 2012.

Analysts, and indeed Amazon itself, have cited Amazon's shift toward 3rd party sales as a contributing factor for their lower-than expected revenue.

"We believe Amazon’s GMV growth likely remains strong and is growing faster than revenue, and that Amazon’s shift toward 3P (third-party) is at least temporarily (but perhaps longer) depressing revenue and raising margins," said Anmuth in his report.

However, analyst Scot Wingo has an interesting take on this 3P talk. He believes that the low numbers represented in Amazon's 3P profitability could be due to how the numbers were reported.

"Amazon was about $1-1.7B short on revenue for the Q depending on who you look at," wrote Wingo. "The key to unlocking the lost revenue is to understand the differences between how Amazon reports revenue and the profitability of 3P vs. 1P...

There's more of this side by side comparison to be read, and the full post is definitely worth looking at.