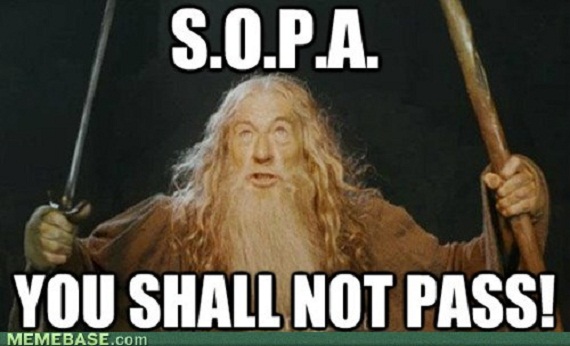 Well, that was fast... Multiple news sources are declaring the Stop Online Piracy Act (SOPA) and the Protect IP Act (PIPA) as dead in the water, following statements from both Rep. Lamarr Smith (R-TX), the author of SOPA, and Senate Majority Leader Harry Reid (D-NV).

“In light of recent events, I have decided to postpone Tuesday’s vote on the Protect IP Act,” said Sen. Reid, in his own statement Friday morning.

The "recent events" to which Sen. Reid is referring are, of course, the massive Web protest that took place Wednesday, where major sites like Wikipedia, Reddit, and BoingBoing staged blackouts to raise awareness about SOPA/PIPA. These two legislative acts would have imposed sweeping changes to the way the Web currently functions, in an effort to fight online piracy and protect the sharing and posting of copyrighted material online.

Following Wednesday's protest, many of the supporters of the original legislation for both bills did an about-face.

One of the original co-sponsors of SOPA, Rep. Ben Quayle (R-AZ), withdrew his support of the bill Tuesday. "Representative Quayle believes that as the bill currently stands, it could have unintended consequences that need to be addressed before moving forward and these concerns led him to withdraw his name as a co-sponsor," said a Quayle representative to The New Times. Another original co-sponsor, Rep. Lee Terry (R-NE) said Wednesday that he no longer supported SOPA.

Since the news of SOPA/PIPA's shelving, Facebook has responded on their Washington DC page. “We are relieved that Congress has recognized the serious damage the Protect IP Act (PIPA) and the Stop Online Piracy Act (SOPA) could cause to the Internet and are pleased that congressional leaders have decided not to move forward on these bills." said the post.

Though Facebook didn't actively protest SOPA/PIPA on Wednesday, Mark Zuckerberg previously had come out against the bills, and he Tweeted for the first time since 2009 the day of the protest, linking to his own Facebook page where he had posted a longer anti-SOPA statement.

But is SOPA/PIPA really "dead," or will the bills' remaining supporters just wait until the publicity dies down and reassert the same principles in different legislation? Considering the verbiage surrounding Congress members' dismissal of these bills, words like "postponement" and "reassessment," could SOPA/PIPA rear its ugly head at some point?

"I think that it is dead,” said SUNY Geneseo Political Science Professor, Jeffrey Koch in a Mashable report. “It’s dead for the rest of the year. Especially in an election year; anything that generates this level of controversy. [But] there are bills that do come back... Many bills that do become laws were introduced in many previous Congresses.”

Constant vigilence notwithstanding, for the time being it seems we can rest easy that PIPA/SOPA won't be moving forward. 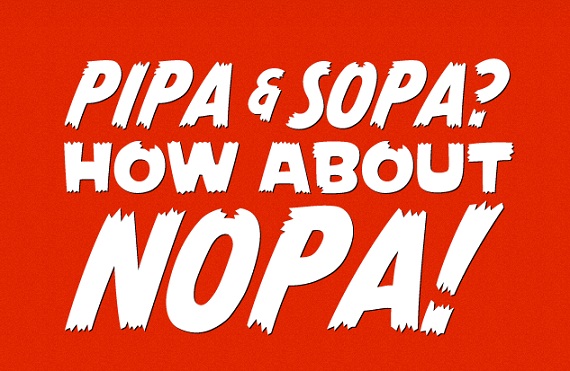 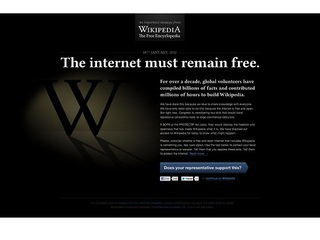 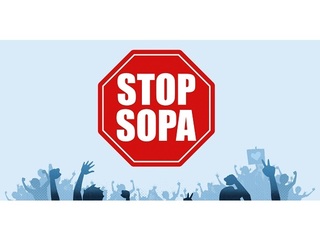