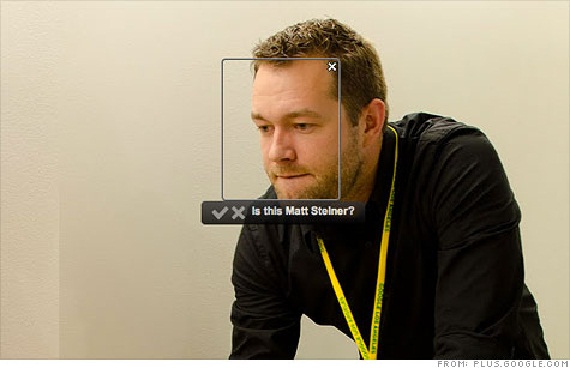 Google+ is getting in on the facial recognition game, albeit in a much less ostentatious manner than Facebook.

Google announced Friday that, alongside a more profound Gmail integration, they would roll out their "Find My Face" feature on their social network. However, unlike Facebook, their software identifying users' facial features in pictures, with tagging capabilities, will be an "opt-in" feature.

As with its other updates, Google+ will roll out their new facial recognition tool "in the next few days."

"Around the holidays, many of us get together with friends and family," said Matt Steiner Engineering Lead for Google+ Photos via a blog post, "and if you’re like me, you take lots of photos! Tagging those photos can be a lot of work. So today we’re launching Find My Face, an easier way to tag photos of yourself and your friends."

"Find My Face" does pretty much what its name suggests. It finds pictures of users that people in their circles have uploaded, and gives the option to tag said faces. Individual photos can be un-tagged, or users can turn off the feature altogether.

"Of course, you have control over which tags you accept or reject, and you can turn the feature on or off in Google+ settings," continued Steiner.

Facebook raised a lot of eyebrows when its facial recognition software was implemented during its most recent update as a default, with a somewhat confusing "opt-out" procedure. Despite the company's insistence that everything was on the up and up, and their facial recognition software would only make sharing pictures easier, they were brought under investigation by European privacy regulators.

Evidently, Google has learned from Facebook's mistakes. That, or they are just more concerned about people's privacy than their social networking competitor.

Still, as much fun as it is to rag on Facebook, the two social networks are very different, and one of these differences, mainly that the addition of Google+ accounts to Circles does not need both parties' consent, makes the facial recognition opt-in for Google+ much more of an imperative.

This decision was especially important to Google+, since anyone can add a given user's Google+ account to their Circles, something that is not true of Facebook accounts. Yes, Facebook probably should have just used an opt-in, but realistically there were security measures already built-in to their "friending" policy, which Google+ accounts don't have.

Interestingly, Google lawyer Ben Petrosky spoke at a government workshop only just Thursday. And the subject of the day? That'd be facial recognition.

Maybe Google has made it their policy to check out government privacy regulations before widespread complaints are made, and investigations start happening, a practice Facebook hopefully picks up at some point.

Why I'm rooting for Google+