On the road to IPO, Zynga refoucuses the conversation on its aim to be the name in 'play' 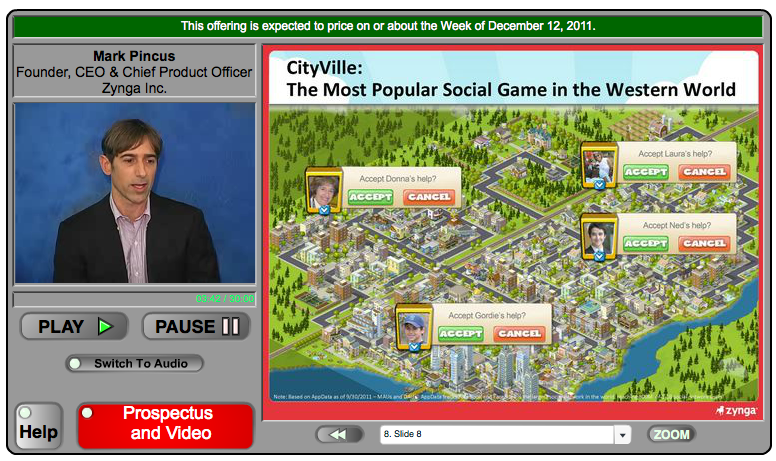 In order for investors to have some weekend media to consume, Zynga released a 30 minute video pitch Friday for next week's IPO roadshow.

With plans to go public on Dec. 15 at $8.50 to $10 a share (valuing the company near $7 billion), the social gaming company lays out its business model and plans of growth in the video pitch, with supporting discussions from CEO Mark Pincus, CFO Dave Wehner and COO John Schappert.

Zynga has posted its pitch to investors in its upcoming initial public offering roadshow. The pitch is part of Zynga’s plan to raise $850 million to $1.15 billion in an IPO that values the company between $6 billion and $7 billion. 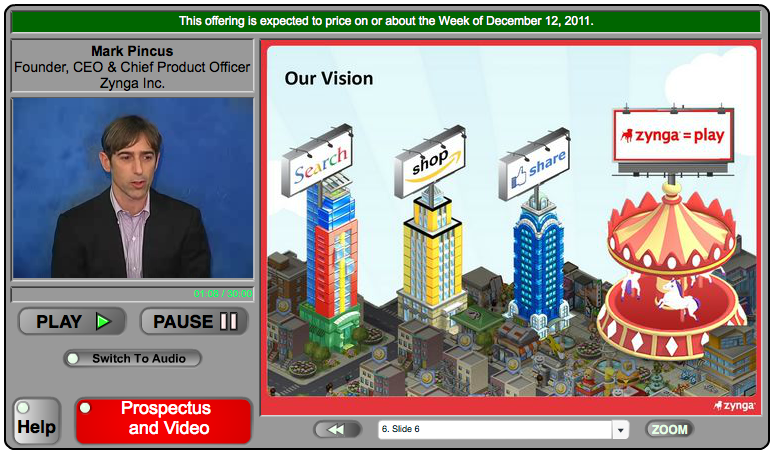 Pincus lays out the company’s mission to be the name in "play" much like Facebook is for "share," Google is for "search," and Amazon is for "buy."  In the roadshow video, Pincus said that “play has become a core internet activity and it is the fastest growing activity on mobile.”

Investors are informed that the players in social gaming respond well to the option to personalize their gaming experience and pay for perks. With 58 million daily users, CityVille is the most popular social game in the western world and surpassed other city building games that were in the marketplace before Zynga's entrance.

Zynga estimates that social gaming will double to 1 billion players by 2016 and that the company will maintain the loyalty and interest in the market along with this growth. 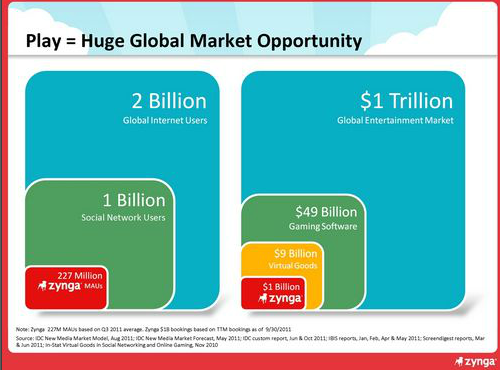 Zynga also pressed the nimble and fast nature that the company has capitalized on since it only generates a quarter of the game before launch and then builds the game out as it is in play -- often adjusting and gaining customer feedback for optimal updates and adjustments.

While Zynga games have held the top spots on Facebook since January 2009, the company has not been as strong in the mobile market -- but you wouldn't guess that by just looking at the data slides shown on the video advertisement.

On the mobile front, Zynga had 11.1 million daily active users in October, up from 991,000 a year earlier -- a great looking growth but it barely cracks into the market where 83% of smartphone owners are gaming on their mobile device. 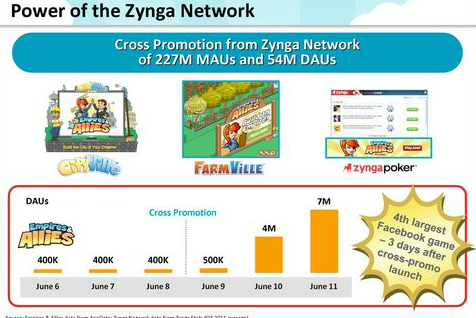 When asking, "Why now?" Wehner pointed toward the company's growing pipeline of future games and platforms in various stages of rolling out -- including the growth of its own first-party platform called the 'zCloud.'

Stress was focused squarely on the continued growth and developments of the company and hardly mentioned Facebook -- a clear indicator that the company wants to illustrate that it has the legs to be a public brand on any front.

This video will definitely help investors better understand how Zynga is growing and retaining its user base, but I was fairly disappointed on how the company has the ability to adjust the amount of revenue in an elastic manner by changing virtual pricing. This is a major component of social gaming that make it attractive to those attracted by the numbers.

Another, only lightlyy touched upon element was the advertising segment. While Zynga did express the way that it partnered with Best Buy to create millions of interactions with the brand within the game and drive up the Best Buy Facebook fans by a million, Pincus should have stressed the CPM value in social gaming and the captive audience that the environment creates (especially compared to other applications and platforms where people rarely interact with advertisements.)

While some more details on the unique advertising and revenue could have added some much needed clarity to the Zynga model, this video is a great introductory summery to social gaming and the powerhouse that brought it to the masses. 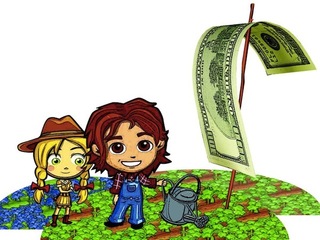