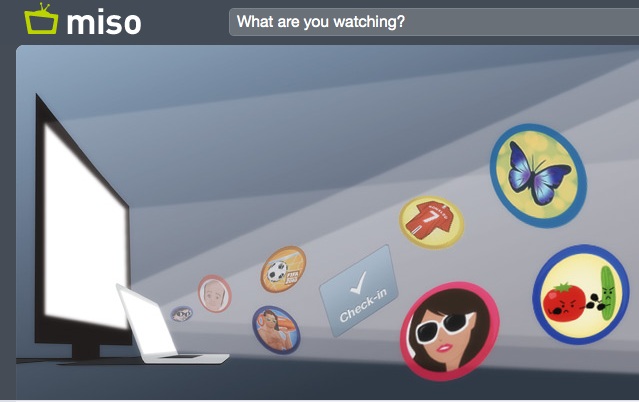 There has been a great deal of buzz around the second-screen phenomenon. In our media-saturated lives, it is no longer enough to watch a show on you television, many people are concurrently contributing to forums and tweeting about the happenings on the program.

One of the major players in the social media around second screens, is a one-year-old start up called Miso.

The San Francisco social media company, Miso, has secured its Series B funding of $4 million, led by Khosla Ventures. Also involved in this round was Google Ventures and Hearst Interactive Media.

To date, Miso has raised $6 million in funding. 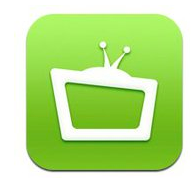 Miso is in the same space as GetGlue and ConnecTV and is trying to build its product to enhance the TV viewing experience by making it more social and fun.

A company spokesperson told me that people are demanding better ways to share what they are watching and add to the experience of their favorite show, so, Miso has been working on more than just apps and platforms to see what evolves in this space.

What you do on Miso

Fans of shows can use it much like any other social network (i.e. Facebook, LinkedIn) to follow different programs, check-in that they are watching a show, share comments with other watching, share articles and links about different show topics and create a network of friends with simlar interests.

Currently, most of the Miso users are based in the U.S., but it appears that more people are starting to pop up from the UK, South America and Asia, as the platform has gained buzz and traction. Users can access the Miso platform via Web browser or iPad, iPhone or Android app.

The small 12-person team at Miso is catering to more than 250,000 users and is looking to double their team size over the next year and continue building out their services with the new funding.

Miso is also a free service and has not yet positioned itself to receive revenue outside the venture model.
“People are changing the way they watch television," Vinod Khosla, founder of Khosla Ventures said in a statement. "They are also on their phones and tablets, and this creates new opportunities for innovation in the second screen space. We feel that Miso is leading the way.”

Khosla Ventures has funded dozens of popular tech companies such as Square and Meebo.

What is driving second screen demand

People are using second screen devices (mobile, tablet, laptop) as they are watching TV, and in the commentary-heavy drive of online communication, the natural progression is to create a space for TV-centric communication to happen in real time.

Frankly, I would prefer that TV commenters had their own space and didn't spoil The Walking Dead or Breaking Bad plots before I have had a chance to watch my downloads.

The fact that people are finding other distractions during shows and commercials is also a threat to the $74 billion TV advertising business.

The possibilities of bringing television discussion and advertising to these second screen platforms could help recoup the efforts that programing executives are looking at while providing a community for people looking to dish about the latest hair style of Eric on True Blood.

Several of the platforms, including Miso, have evolved as the second screen trend has become easier to spot and have gone from little more than rudimentary forums to including app galleries, notifications through your cable provider on what programs you have saved, and even trivia, quotes and extras provided by the original producers.

I know that we have come a long way from my middle school days of staying on the phone with my best friend so we could talk about what just happened on X-Files (back when phone bills were impacted by the length of the call.) 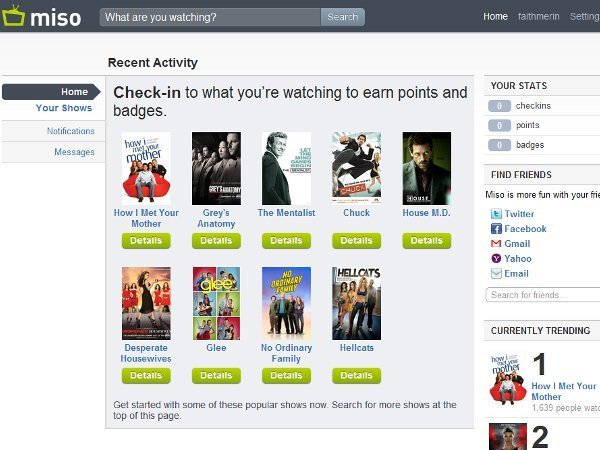