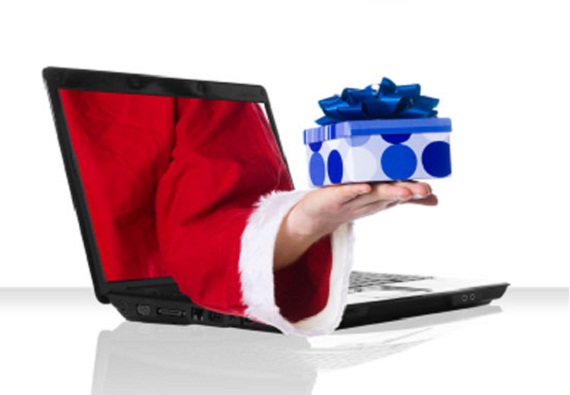 It's going to be a Ho-Ho-Ho holiday season for retailers if pre-Black Friday spending is any guide.

Digital surveyor comScore is predicting a banner year for online spending, based on record numbers for e-commerce dollars thus far in the holiday shopping season.

So far this season, $9.4 billion -- that's billion with a "b" -- has been spent on digital shopping, which indicates a 14% uptick in e-commerce since last year. Wednesday November 16, 2011 was the high watermark for online shopping to date, at $688 million on that day alone.

ComScore projections for year-end number come out at $37.6 billion, a 15% raise from last year. (That's a lot of tube socks, folks...) This raise is itself an improvement from 2010's percentage increase of online shopping, which was at 12%.

For instance, respondents showed that they generally believed retail outlets' holiday promotional efforts have increased relative to those of last year. About 33% said they have seen more discounts, sales, and promotions, as opposed to only 7% who believe there are fewer such promotions. There's at least one sale -- the one currently running on Amazon, for smart phones -- that has made our list of "things we're thankful for" this holiday season.

Another notable finding from comScore's surveys showed the importance of free shipping to online shoppers. Some 76% of those surveyed said that free shipping was important, while 47% said that they would ditch an online purchase if when approaching check-out they discovered that there were additional shipping costs.

ComScore indicated that upswing in online buying this year isn't due to more shopping by those who had already previously been shopping last year, but a growth of the number of online shoppers itself, showing a growing comfort among Internet users with the idea of shelling out cash over the computer. They say that 74% of all Internet users made at least one purchase online in Q3, which is up from Q2's 70%.

The most popular products in online shopping, according to comScore, are Digital Content & Subscriptions, Event Tickets, Jewelry & Watches, Consumer Electronics, and Computer Software.

Sadly, they did not tally the frequency of Red Rider BB guns.