The giant retailer is building its war chest of social analytics

In its quest to analyze and make sense of the social Web, Walmart late Tuesday said it's just acquired the assets of OneRiot, which analyzes streams on sites like Facebook and Twitter to deliver relevant ads to consumers.

The deal comes about five months after Walmart paid $300 million for Kosmix, whose Tweetbeat property has done an impressive job aggregating Tweets and making sense of the Twitter data hose. After the purchase, Kosmix became @Walmart Labs, the division of Walmart that the OneRiot team will be integrated into.

Boulder, Colorado-based OneRiot, which had raised some $30 million in funding, was formerly a provider of real-time search technology. It had even tried its hand as a video-search engine. The financials were not disclosed.

In an interview with VatorNews, Venky Harinarayan, who co-founded Kosmix and who is now heading up @Walmart Labs for Walmart, said that his goal is to use technology to help recommend the best products to Walmart customers. The way to do that is to analyze the countless conversations and threads across social media.

"For instance, if someone is Tweeting about Lady Gaga, and they're a Walmart customer that's opted into offers from Walmart, then it's likely Walmart might serve them up an advertisement promoting Lady Gaga's new album, or other products that are being Tweeted about by Gaga influencers," said Venky, in that interview.

While it's unclear exactly what the OneRiot technology will be used for or how the team will be integrated, it's pretty clear that the team has built a pretty good analytics engine to help @Walmart Labs get a little further in its quest.

Here's what the @Walmart Labs team said about the acquisition.

A few weeks ago, a small team from @WalmartLabs visited the offices of OneRiot in beautiful Boulder, Colorado. OneRiot has developed some pretty nifty technology that analyzes social media signals from popular networks like Twitter and Facebook to deliver ads that are relevant to consumers’ interests. As our teams debated the finer points of Big Data, Fast Data, and machine learning technologies, it became clear to us that we could find no better colleagues than the guys at OneRiot.
As a part of Walmart, we're continuing to work with the intensity of a technology startup. Today I’m pumped to share the news that, within 30 days of that first meeting, we have closed a transaction to acquire the key assets of OneRiot. The technology team at OneRiot will move to Silicon Valley and become part of @WalmartLabs in September.
As I have written before, here at @WalmartLabs we’re doing some amazingly interesting and impactful work at the intersection of social, mobile, and retail. The technology at the core of what we do is the Social Genome, which enables us to connect millions of consumers with the best products based on their interests at any given moment. The OneRiot technology will enrich the Social Genome, and the OneRiot team adds to the already deep expertise we have around social data analysis.
It gives me great pleasure to welcome Tobias Peggs and the OneRiot team to @WalmartLabs! 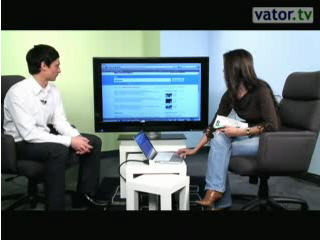