Jobs' involvement in politics, education, and issues all boil down to his emphasis on dialogue

Back in August, when Steve Jobs stepped down as CEO of Apple, Vator CEO Bambi Francisco wrote about a moment in which she was organizing her bookshelf and realized that her library was shrinking because she had started buying digital books the year before.  It seems like a small observation, but it highlights the reality that Steve Jobs wasn’t just a gadgety tech CEO.  What made Steve Jobs such a singular force in the tech world was that he didn’t stop at tech.  He championed the fusion of the liberal arts and technology and consequently helped push technology that could seamlessly marry all of the various aspects of our daily lives, from music and reading to social connectivity, in one “post-PC” device. 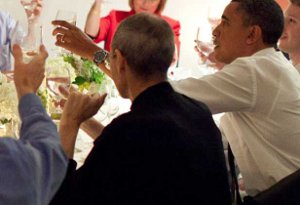 The impact Jobs had on the world beyond tech is made readily apparent by a statement issued by President Barack Obama via a White House blog post last night.  “The world has lost a visionary. And there may be no greater tribute to Steve’s success than the fact that much of the world learned of his passing on a device he invented.”

Jobs met with President Obama on more than one occasion, the most recent being last October, when the two met in a San Francisco hotel room to discuss American competitiveness, education, and reforms such as Obama’s Race to the Top initiative.

True: plenty of CEOs are involved in politics, contribute to campaigns, and even run for office themselves (Meg Whitman, Carly Fiorina…).  But Jobs’ political activity was unique in that it went beyond the usual self-serving “get the most corporate-friendly guy into the driver’s seat” political philosophy true of so many large corporations, to actually focus on larger issues facing the country, including education, job creation, the economy, and more.

In 2003, former Vice President Al Gore joined Apple’s board of directors.  "Al brings an incredible wealth of knowledge and wisdom to Apple from having helped run the largest organization in the world—the United States government," Jobs said at the time.

This, of course, was prior to the release of Gore’s hit documentary “An Inconvenient Truth,” and was also prior to Apple’s release of the iPhone, but the seeds of mutual understanding were clearly present.

Perhaps it was that darned “Inconvenient Truth” that resulted in the criticism environmentalists lobbed at Apple’s not-so-green practices, specifically involving the toxic chemicals used to create many of the now famous Apple devices. 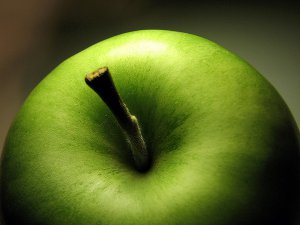 pandering to environmentalists to protect its shareholders.  Yes and no.  Yes, Apple could have had greener policies from the beginning, but the extent to which Apple literally cleaned up its act is what really commands respect.

In 2007, Jobs announced that Apple would be completely eliminating the use of arsenic, mercury, polyvinyl chloride (PVC), and brominated flame retardants (BFR) in its products by the end of 2008--all while keeping the products affordable.  Apple’s plastic enclosure parts had already been bromine-free since 2002, and Apple had removed all PVC from packaging materials in 1995.  Dell and HP, by comparison, were behind the times.

Jobs added: “We decided to measure the emissions produced at each stage of a product’s lifecycle, from production and transportation to consumer use and eventual recycling. Starting today, Apple will report this information for each new product we introduce, so our customers will better understand the progress we’re making.”

And he put his money where his mouth is.  Apple immediately began reporting on all of their major products, along with their Environmental Health and Safety Policy and their Facilities Environmental Report.  The company accounts for everything--EVERYTHING--from manufacturing and product life cycle to energy efficiency, packaging, and even shipping and transportation of the devices.

And it didn't stop there.  When Apple unveiled the Macbook Air in 2008, he pointed out that the it had a fully recyclable aluminum case, a mercury-free display, arsenic-free glass, BFR-free and PVC-free circuit boards, and the retail packaging used 56% less material than the original packaging.

Environmentalism and politics aside, one of Steve Jobs’ most lasting legacies will undoubtedly be his philosophy on education. 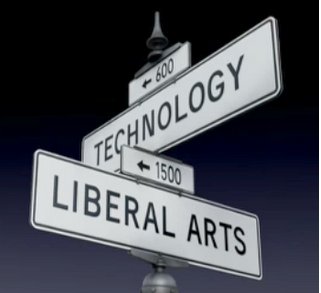 During the iPad 2 launch this year, Jobs made it clear that technology alone doesn’t create great products:

“It’s in Apple’s DNA that technology alone is not enough—it’s technology married with liberal arts, married with the humanities, that yields us the result that makes our heart sing, and nowhere is that more true than in these post-PC devices.”

The interesting and seemingly out-of-nowhere defense of the liberal arts and humanities may have come in response to fellow tech wonderboy Bill Gates’ insistence in a speech to the National Governors’ Association in February that called on lawmakers to devote higher education spending to the disciplines that create more jobs and produce higher income for states.  While he didn’t explicitly tell the room full of state leaders to drop funding for the liberal arts and humanities, the implication was clear.

“It’s my understanding that the Gates Foundation wants to prepare students for ‘work, life and citizenship,’” wrote Carol Geary Schneider, President of the American Association of Colleges and Universities, to Inside Higher Ed. “But Gates’s remarks today seem to shave off two-thirds of that vision, while emphasizing a view of work-related learning that is much too narrow and unsettlingly dated.”

Steve Jobs’ life is a testament to the importance of liberal arts training in the business and technology worlds.  Before he dropped out of college, Jobs took a course in calligraphy—easily one of the most useless classes you could actually spend valuable tuition money on.  It fits right up there with the long-standing “basket-weaving” joke (i.e. “you took too many basket-weaving classes and now you can’t graduate”…ha, ha...).

But that calligraphy class is largely credited with inspiring Jobs to revolutionize computer fonts—to go beyond blocky pixels to make words and lettering pleasing to the eye.

More importantly, that calligraphy class may have paved the road to Jobs’ oft-praised brilliance in product design.  He may have been a ball-busting perfectionist, but damn it, his products were pretty.

It was about more than looks and appearances, though.  The aesthetic design of the iPod, iPhone, and iPad made them more fluid, more intuitive to use, and more seamlessly adapted to the way our minds work.  Of course it makes sense to tap the screen to open an app, or swipe your finger across the screen to unlock your phone.  This is technology evolving with the human brain.  In the PC era, you pushed a button and waited for the device to do the work for you.  There was a disconnect between you and the device.  But in the Post-PC era that Apple effectively ushered in, the device practically syncs with your brain.  Your gestures guide the device, but at the same time, push technology allows the device to speak back.

In essence, you might say that Jobs’ legacy was that he created conversational devices.