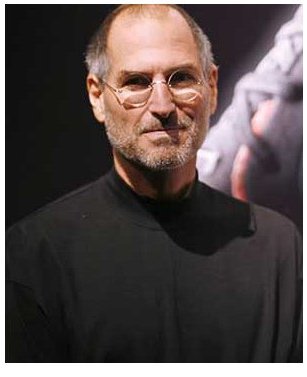 Just a little over a month after Steve Jobs officially resigned as CEO of Apple, the company has confirmed that the 56-year-old visionary has died.  Jobs had been battling pancreatic cancer since 2004 and had previously stated that he would resign from Apple when he could no longer meet his duties as CEO.

Apple has created a memorial page in honor of Steve Jobs with an email address (rememberingsteve@apple.com) where visitors can send their thoughts, memories, and condolences.

“Apple has lost a visionary and a creative genius,” the company said in a statement.  “And the world has lost an amazing human being.”

“Team, I have some very sad news to share with all of you. Steve passed away earlier today,” he wrote.  “No words can adequately express our sadness at Steve’s death or our gratitude for the opportunity to work with him. We will honor his memory by dedicating ourselves to continuing the work he loved so much.”

Steve Jobs co-founded Apple with Steve Wozniak in 1976.  While there were some early successes, there were also some early failures that resulted in Jobs being booted out of the company he co-founded in 1985.  In a commencement speech delivered to graduating Stanford students in 2005, Jobs looked back on that painful period in his life:

"So at 30 I was out. And very publicly out. What had been the focus of my entire adult life was gone, and it was devastating. I really didn't know what to do for a few months. I felt that I had let the previous generation of entrepreneurs down - that I had dropped the baton as it was being passed to me... I was a very public failure, and I even thought about running away from the valley. But something slowly began to dawn on me — I still loved what I did.”

He went on to found NeXT Computer and then later bought Pixar.

Though he has been considered a controversial figure—an exacting leader at best and one of the Valley’s “leading egomaniacs” at worst—no one can argue with his results.  In January 2007, Apple stock was trading at just a pinch over $5 a share.  Today, the company closed at $378.25 a share, with a market cap of more than $350 billion.

The first and only authorized biography of Steve Jobs, "iSteve: The Book of Jobs," by Walter Isaacson, is expected to be out in early 2012.