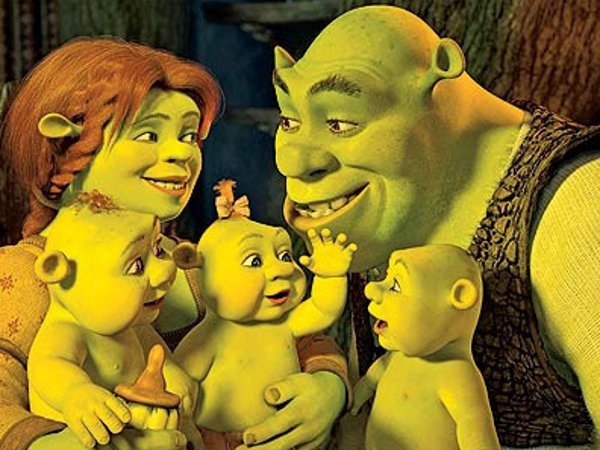 Netflix has taken quite a beating over the last several weeks—first over its 60% price hike, and then over its sudden decision to abandon DVDs altogether.  Since Netflix announced its price hike back in July, its stock has dropped out precipitously by more than 60% to $132 from a high point of $300.  But the now streaming-only company is showing its determination to stay on top with a new deal sealed with DreamWorks Animation.

The deal, announced Monday by both companies, makes Netflix the exclusive subscription streaming provider of DreamWorks’ major award-winning titles.  That’s right: from now on, Netflix will be the first on the scene as DreamWorks milks the Shrek money cow with a Shrek XIV, in which Shrek and Donkey’s teenaged grandchildren form a hit boy band with the puppies from the “Air Buddies” movies.

The terms of the deal were not disclosed, but analysts estimate that Netflix will be paying some $30 million per title.  HBO, DreamWorks’ former pay-TV partner, formerly paid $20 million for exclusive rights to each title shortly after it came out on DVD.  Both companies claim that the Netflix/DreamWorks partnership marks the first time a major Hollywood studio has chosen a Web subscription service over pay television for exclusive rights.

The bad news: DreamWorks titles won’t be available to Netflix subscribers until 2013.  Still, better than nothing, considering Netflix’s current state.

The deal will provide a much-needed boost for Netflix after Starz Entertainment announced earlier this month that it would be pulling its content from Netflix after its contract expires in February 2012.  Starz currently supplies some 1,000 titles and original series to Netflix’s arsenal from studios like Walt Disney, Sony Pictures, and DreamWorks’ CG rival, Pixar.  Problems reportedly arose earlier this year over a clause in the contract that specified a cap on the number of people who could stream Sony movies on Netflix—a cap that had been exceeded due to Netflix’s explosive growth.  Consequently, some 250 Sony Pictures titles were pulled from the platform in June.  Analysts speculated that Starz has been getting antsy over the possibility that its partnership with Netflix might be cannibalizing its own sales.

A mere two weeks after Starz announced it would pull its content from Netflix’s streaming platform, Netflix appeared to dig itself even deeper by announcing that it was splitting its DVD and streaming businesses to become a streaming-only platform.  In the coming weeks, its DVD business will be a separate platform called Qwikster, and customers will have to create separate accounts for each.

Not so great on the timing, Netflix.  Since July, Netflix’s market cap has dropped to $6.9 billion from some $15 billion.

But today’s deal shows that while it may be down, it’s not out.