Personalize all your favorite Internet radio, from entertainment to sports, with one mobile app 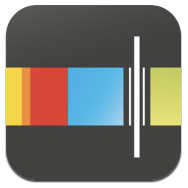 Ravi Viswanathan, general partner at NEA, will join the company’s board of directors.

Available as a free app for Apple iPhone, BlackBerry, Google Android and Palm, Stitcher allows users to hear news, talk, sports, entertainment and comedy radio programs from wherever they are, on the go. Without additional updates or syncing required, the programs update automatically and continuously with the latest episodes and content.

Users can listen in on programming from a wide variety of content providers, from CNN News to Rush Limbaugh to Fox Sports. While many of the providers available on Stitcher likely offer their own individual apps for mobile streaming, consumers like to have an all-in-one hub to switch between many different programs. Stitcher offers that capability. 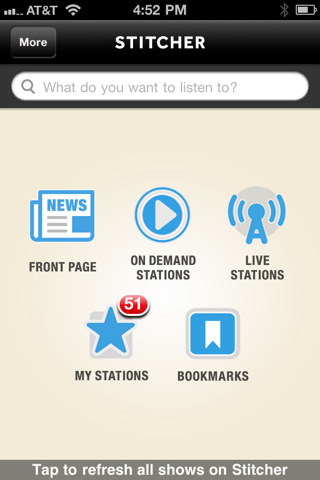 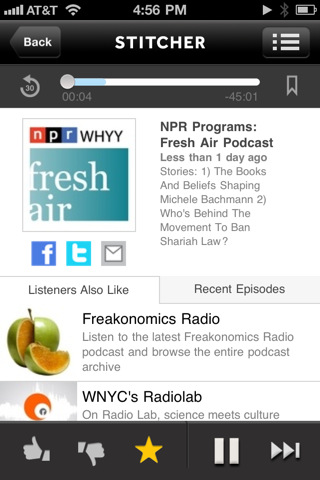 In total, Stitcher provides access to over 6,000 different shows.

"Stitcher has created for talk radio what Pandora, Spotify, and others have built for music. They've made it personalized; they've made it mobile; and they've made it available when and where people want it," said Viswanathan, Stitcher’s newest board member. "In terrestrial radio, talk programming has generated a $5 billion advertising market. The potential here is tremendous, and [CEO Noah Shanok] and his team have the vision to realize it."

Shanok says that, in the last year, Sticher has increased its content offerings by 50 percent and quadrupled its listening time (though he doesn’t note any exact numbers).

The new funding will be used to fuel growth through new hires, increased product development and partnerships with content providers. 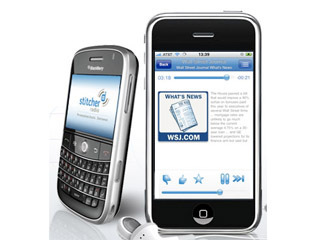