No more pesky waits and invitations that do not come

Google announced Tuesday morning that the wait is over for millions of Google users. In a much anticipated move, Google+ is now opened to all. After a trial of 90 days, it's finally rolling it out to the public with improved features.

"For the past 12 weeks we've been in field trial, and during that time we've listened and learned a great deal," wrote SVP of Engineering Vic Gundotra in the blog post. "We're nowhere near done, but with the improvements we've made so far we're ready to move from field trial to beta, and introduce our 100th feature: open signups. This way anyone can visit google.com/+, join the project and connect with the people they care about."

In addition to opening up the site, Google this morning released nine new features.

Hangouts on your phone 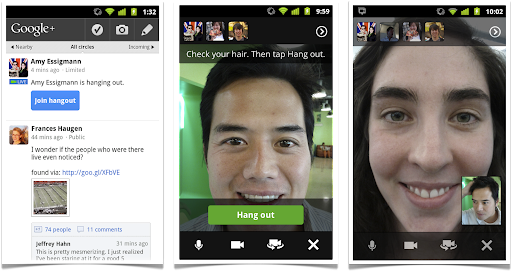 Just start a normal hangout, and you’ll now have the option to broadcast and record your session. Once you’re “On Air,” up to nine others can join your hangout (as usual), and anyone can watch your live broadcast:

Google will be hosting its very first On Air hangout with will.i.am on Wednesday night, September 21. For more information visit will.i.am’s or my profile on Google+.

Find the people and posts you care about. Using the Google+ search box, type in your query, and Google will return relevant people and posts, as well as popular content from around the web.

Google+ search results are private and only the person searching those terms and using specific search parameters will see them.

Finally, anyone can sign up for Google+—no invitation required.

Now the real challenge is about to start for Google.

How many people are using Google+?  With no real numbers being released from Google, it's a guessing game. Some says it 18 million, 20 million, 25 million and some critics says it’s all hype. We have reached out to Google to find out, but haven't received an answer yet.

The question is: will it or will it not succeed at attracting a large number of followers and steer them away from Facebook?

It is unlikely. After all, habits of millions of faithful Facebook are deeply entrenched.