Everything is going social, we already know that. But every once in awhile, a new company takes social to such great heights that even I get astounded.

Covestor, a social investing platform, has raised $4 million in equity, according to an SEC filing published this week.

The company confirmed on Friday that the $4 million round was led by Union Square Ventures.

Listed on the filing are eight related persons, half of which work on the Covestor team: Asheesh Advani (CEO), Rikki Tahta (co-founder and chairman), Perry Blacher (co-founder) and Simon Veingard (co-founder and COO).

The other four are Covestor’s investors: Todd Dagres, general partner at Spark Capital; Albert Wenger, partner at Union Square Ventures; Anne Glover, CEO of Amadeus Capital Partners; and Rob Klapper, former CEO of insurance.com. While Covestor’s website confirms Union Square, Spark and Amadeus as previous backed, there’s no telling whether Klapper has joined as an angel or not.

Notably, Spark Capital in January contributed to an $8.3 million round for eToro, an online investment network for trading on the foreign exchange market (Forex).

Not your ordinary trading network Covestor lets anyone set up a portfolio to mirror the trading of either individual or professional investors. All transactions are transparent, so you know what’s happening to your money, and the account is always in your name.

Investors can get started with a unified managed account (UMA) through Covestor with just $10,000 to start.

Here’s a message from Covestor, in their explanation of social investing:

The recent massive rise in social networking is beginning to mean more than just sharing photos and videos. People are increasingly trading their portfolios in public view. The ability to see what other investors are really doing with their own money has taken the old message boards to a new level, giving credibility to what were previously stock picks, tips or just claims.

If investment management had been invented in the twenty-first century, this is how it would have been done.

In return for its services, Covestor charges a management fee for the mirroring account and to compensate model managers. 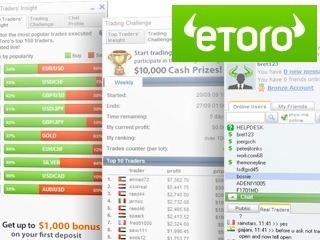