Not a pivot, but an expansion into more arenas: Gilt goes beyond the flash sale

Though Gilt has expanded in a few different (e-commerce) directions since its 2007 launch for high-end women’s fashion, the company has generally stuck to flash sales and daily deals. Children’s and men’s apparel, luxury vacations and home décor--you can find all this and more on Gilt’s expanding Web properties, but this new site launch marks a deviaton from the flash sales model: it’s now just regular old retail.

I’ve reached out to the company to learn more about their shift from flash sales to full-price retail, but have not received reply.

"Park & Bond is tailored to the specific needs and wants of the American male luxury customer," said President John Auerbach, who led the team responsible for Park & Bond. "The site provides a unique one-stop shopping experience, giving men immediate access to their favorite brands alongside a wealth of trusted information and guidance to help them look and feel their best."

With stunning design, intuitive site navigation and the above-mentioned high quality brands, Park & Bond could quickly become a major force in online retail for men’s fashion. All items on the site feature small editorial blurbs, and on “The Intersection” portion of the site, shoppers will find new editorial content added daily.

Plans to launch Park & Bond go at least as far back as May, when Gilt Groupe closed a massive $138 million round led by Softbank, valuing the company at $1 billion. 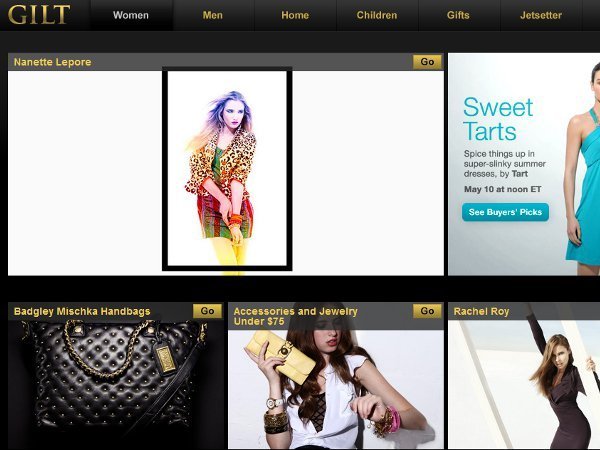