Real estate marketplace Zillow debuted on the Nasdaq Wednesday morning, trading under the symbol ‘Z’. Shares flew out the gate priced at $60 each, triple the $20 that Zillow had set late Tuesday, but have now floated back down to around $39.04, as of publishing.

When Zillow filed its S-1 earlier this year, the company had priced its shares in the $12 to $14 range. Then last week, it lifted that range to between $16 and $18. Finally, yesterday Zillow settled on the final target price of $20, which itself has already ballooned on the public market.

The technology IPO craze of 2011 is still strong.

Zillow provides users with real estate services, like searching for homes based on location, finding mortgage rates and more. Also available on the site is a community board featuring over 350,000 topics related to home buying and selling, rentals and the housing market in general. Anyone can pose a question to the community.

Further, Zillow offers a section where you can reach out to real estate professionals, including agents and mortgage lenders. The site wants to be the one-stop hub for all home buyers, sellers and sale mediators.

Other companies to hit the public markets this year include Renren, Yandex, HomeAway, Pandora and LinkedIn, though that last one has seen its shares dropping this entire week, after recommendation from a J.P. Morgan analyst. Ending last week with its stock priced at $109.97 per share, that number has since dropped to $98.77, as of publishing.

Pandora also looked like its shares were in a freefall earlier in the week, as Spotify continued to roll out stateside, but the price of its shares has since returned to the status quo, at around $17.65.

Groupon and Zynga, absolute behemoths in the deals and gaming spaces, respectively, have both filed their S-1 forms, but have not yet gone public. 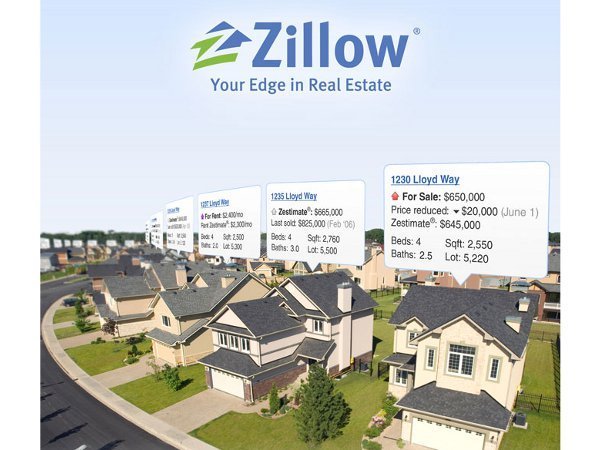