With so many medical practices migrating to electronic health records en masse, the EHR market is taking off in a huge way.  Practice Fusion, a cloud-based EHR company, announced Wednesday that it has surpassed 100,000 medical professional users after starting off the year with just 55,000 users. So it makes sense that other newcomers want in on the action as well.  Y Combinator-backed drchrono is one such startup, which adds a unique mobile twist to its platform, and on Thursday the company announced the close of its $675K seed round.  Investors include General Catalyst, Charles River Ventures, 500 Startups, Gmail creator and FriendFeed cofounder Paul Buchheit, Google’s Principal Engineer Matt Cutts, and the Start Fund, which is comprised of investments from Yuri Milner and SV Angel.

So what makes drchrono so unique?  It’s built to be mobile.  The service not only provides a practical avenue for switching to electronic health records, it also provides the added convenience of allowing doctors to take notes, write prescriptions and send them to pharmacies, schedule appointments, and more directly from their iPads.  And drchrono actually leverages some of the features unique to the iPad to make its service even more convenient, including using the iPad 2’s built-in camera to allow doctors to take pictures and record videos to add to a patient’s file.

Other uber convenient features include the company’s singular speech-to-text feature, which is exactly what it sounds like: the doctor can tap a button to start creating notes, speak into his or her iPad, and the drchrono app automatically transcribes the spoken notes to text.

Additionally, drchrono is connected to every insurance company in the U.S., so doctors have the option of complete paperless billing straight from their iPads.

While the service is available as an iPad app for mobile convenience, for doctors who prefer to use their good old fashioned laptop, drchrono is also available on the Web via cloud computing.  The service is completely free, and drchrono has already attracted over 5,000 users.

But drchrono will be coming up against some stiff competition in the form of established players, like Practice Fusion.  But drchrono COO and co-founder Daniel Kivatinos has no concerns.

“There are billion dollar healthcare companies that own very small factions of the market. Drchrono is not competing with them but with fax machines and paper,” said Kivatinos. “Our goal is for every physician to have a mobile EHR.”

The company plans to use the new funds to “build out amazing mobile software,” said Kivatinos. 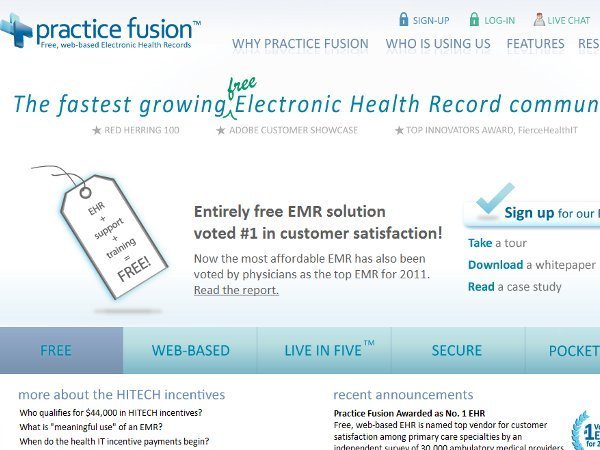 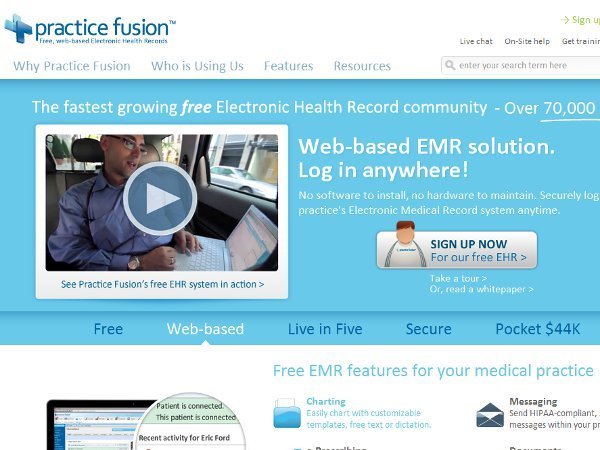