If you’re a reporter, journalist, blogger, whatever you call yourself, then this is something you already know: Twitter is an invaluable tool for discovering the freshest information, for contacting original sources and for unearthing the most relevant discourse encircling the topic at hand.

Twitter knows it too, which is why the company launched Monday a new collection of resources called Twitter for Newsrooms.

We want to make our tools easier to use so you can focus on your job: finding sources, verifying facts, publishing stories, promoting your work and yourself—and doing all of it faster and faster all the time.

Much of the information here will be known to weathered Web 2.0 reports, like how to use Advanced Search when the ordinary search just doesn’t cut it. There might be some unknown nuggets of wisdom, however, like to use Topsy, a real-time social search site, when digging up older tweets.

It’s not all about concocting a story, though. Getting the story out is just as important. Naming journalists from Katie Couric to Milton Valencia, Twitter for Newsrooms offers up some obvious examples of how reporters should be using the microblogging site: replying to followers, repeating hashtags so users can follow a story and even retweeting articles from other sources.

Then, of course, there are tools like Web Intents (for users to interact with tweets from any site), Follow and Tweet buttons and Blackbird Pie (for embedding tweets on WordPress sites).

It’s also nice that Twitter for Newsrooms finally lists all the official support and company outlets in one place, so that journalists can scour for the latest information on the company.

In the end, while many newsroom writers are probably already familiar with the information contained on Twitter for Newsrooms, there’s always another tool or tip that could slip under the radar. Additionally, Twitter says they will keep the website alive by continually updating it, so it could prove to be even more useful in the future. 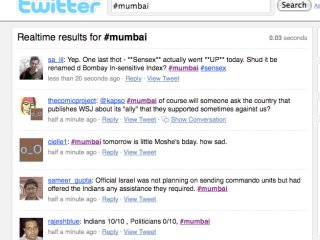