It was only a matter of time.

foursquare announced Thursday that it has expanded its pilot program with American Express nationally and to all users, granting everyone a new way to save when they shop.

Word of a partnership between the check-in company and the credit card business first surfaced back in March, at the outset of SXSW 2011. As part of their agreement, American Express cardholders would be able to access exclusive specials at establishments in the Austin area just by checking in on foursquare and using their AmEx card for the transaction.

The beauty of the partnership was that it made rewarding customers a seamless experience: it required no action on the part of the consumer except to use foursquare and American Express. If they did so at a restaurant or grocery store that supported the program, they’d automatically be credited some sum of money a few days later.

After the Austin pilot received an “overwhelmingly positive [response],” according to Tristan Walker (foursquare director of business development), it was clear that consumers would be seeing the partnership rolling out on a larger scale.

Now, Foursquare users and American Express cardholders around the country can take part in the deals program.

At the moment, unfortunately, the list of merchants on board really isn’t that long.

The only two nationwide chains participating from launch are H&M, giving $10 back for $75 spent, and Sports Authority, giving $20 back for $50 spent. In addition to those two, a few restaurants in New York (home to foursquare) are also involved: Blue Smoke, Union Square Café, Untitled (at the Whitney) and The Modern.

Because of the small support from merchants so far, it’s not surprising that the partnership between foursquare and American Express will bring in no revenue for the former. The company is still trying to perfect the art of the check-in deal before it hones in on moneymaking.

Walker optimistically states that “more businesses are going to be joining soon.”

This will be a memorable week for foursquare, not just because of today’s news, but also because the company just surpassed 10 million members. Though that doesn’t say exactly how many are active users, it’s still a noteworthy milestone. 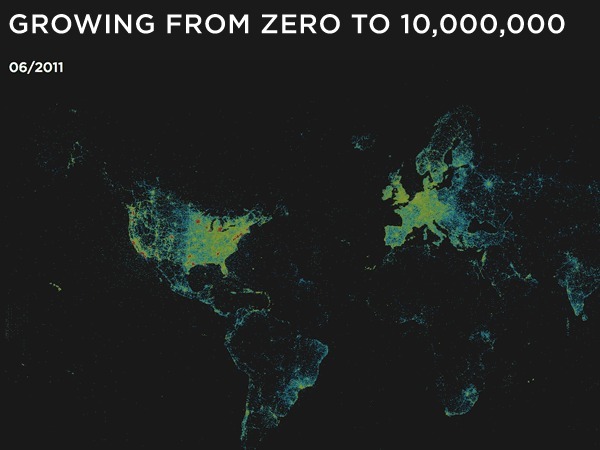