Google claims it traced an attack back to Jinan, China, but China says "nuh-uh"

It’s been more than a year since Google announced it would be pulling out of China after a cyber attack that everyone except China believes China orchestrated. But its hacking troubles weren’t about to end there. On Wednesday afternoon, Google announced that it has discovered that a number of Gmail passwords have been stolen in what appears to be a phishing scam that the company has traced back to Jinan, China. Today, China’s Foreign Ministry called the allegations a “fabrication out of thin air,” the Wall Street Journal reported Thursday.

The hacking attempt was apparently made in an effort to access the Gmail accounts of U.S. government officials, Chinese political activists, journalists, military personnel, and officials in several Asian countries, particularly South Korea. The parties responsible for the attack used a phishing scam to trick Gmail users into sharing their passwords to gain access to all incoming and outgoing emails.

“The goal of this effort seems to have been to monitor the contents of these users’ emails, with the perpetrators apparently using stolen passwords to change peoples’ forwarding and delegation settings,” wrote Eric Grosse, Engineering Director of the Google Security Team, in a blog post. “Google detected and has disrupted this campaign to take users’ passwords and monitor their emails. We have notified victims and secured their accounts. In addition, we have notified relevant government authorities.”

People with knowledge of the hacking attempt told WSJ that Google tipped off the FBI last week and then debated whether or not to announce the security breach, fearing that an announcement could possibly jeopardize an investigation. The personal Gmail account of one Cabinet level official was compromised, and the accounts of other senior officials and military personnel were also hijacked.

In the end, Google decided to make the event public but emphasized that Gmail’s internal systems have not been affected, and that the hacking attempt was not the result of a security problem.

“We believe that being open about these security issues helps users better protect their information online,” wrote Grosse.

But the spokesperson for China’s Foreign Ministry called the allegations “unacceptable,” adding: “any blame against China in this is groundless and with an ulterior motive.” But this isn’t the first time China has been accused of attempting to hack into the email accounts of political dissidents, journalists, and others.

In January 2010, Google came forward with a claim that it was the victim of a massive, highly sophisticated, and targeted cyber attack that it traced back to China. At the time, Google had offices in China and was the target of protests over its willingness to comply with China’s Internet censorship policies. But following the January attack, which Google said was aimed at accessing the Gmail accounts of several Chinese human rights activists, and China’s vehement denial that it was responsible for the attack, Google decided to pull its operations from China permanently.

The Indian government and Yahoo have also accused China of attempting to hack into their systems.

People’s Daily Online, the Chinese government’s official news service, did not report on the Gmail security breach, but it did report on the first ever Internet Openness Conference, which was held yesterday in Beijing. At the conference, Zhou Weihong, chairman of the Chinese Internet company Qihoo 360, shared his belief that Internet openness will become the next major trend in China over the next decade. The conference was organized by Qihoo 360, which is based in Beijing. Huang Chengqing, VP of the Internet Society of China, also attended the event and said that Internet openness will spur innovation and specialization among Chinese internet companies.

China has the largest Web population in the world, with 450 million users. 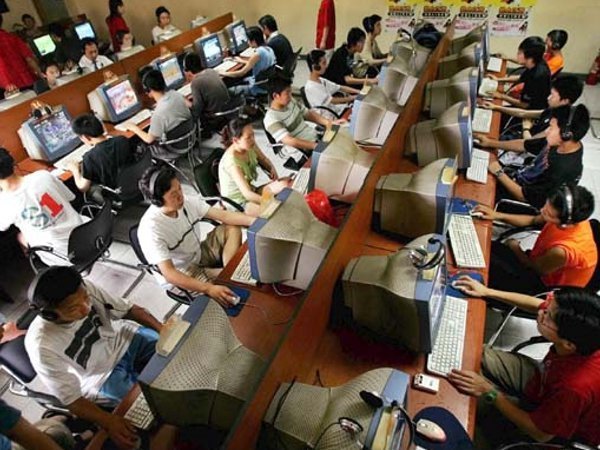