SecondMarket, an online marketplace for alternative investments, reported Tuesday that it completed $115.4 million in private company stock transactions in Q1 2011, bringing the service’s total transaction volume to over $600 million since launching in April 2009.

Who were investors most interested in? You guessed it.

Facebook, for the third consecutive quarter, topped SecondMarket’s list for the top 10 most watched companies. In second place, for the second consecutive quarter, is Twitter. Moving up to third from sixth place is Groupon. Filling out the rest of the list, in order, are LinkedIn, Zynga, Foursquare, Skype, Pandora, Yelp and Gilt Groupe.

Seven of the 10 companies listed are explicitly working in the realm of social media. And no wonder.

It makes sense, but activity on the secondary market merely reflects tangible (and highly positive) financial activity from the listed companies. Facebook, Twitter and Groupon all raised massive funding rounds in December; LinkedIn, Skype and Pandora were all expected to go public at some point (though Skype decided to sell to Microsoft instead); and, well, Zynga is Zynga.

The fastest rising star on SecondMarket was Foursquare, with the number of participants watching the company rocketing by 2,950 percent. Other rising stars include Dropbox, Spotify, Skype and Gilt Groupe.

Companies being watched for the first time and in high rates, or “newbies” to SecondMarket, included Hulu, LivingSocial, Quora, Square and Alibaba Group.

As evident in the graphs above, that marks a huge shift from the fourth quarter of 2010, when Software shared somewhat of a more equal footing with Consumer Products and Services.

While venture capital funds clearly dominated as a buyer type for Q4 2010, accounting for 43 percent of all completed transactions, those same VC funds apparently dropped to zero percent in this latest quarter. Mutual funds, too, dropped from 13 percent to zero. Picking up the slack in Q1 2011 were high net worth individual investors (HNWI), growing from 18 percent to 59 percent of completed transactions.

SecondMarket attributes these jarring shifts to changes in the secondary market that not only made it easier for individual investors to buy private company stock but also lowered the minimum purchase amount for auctions. 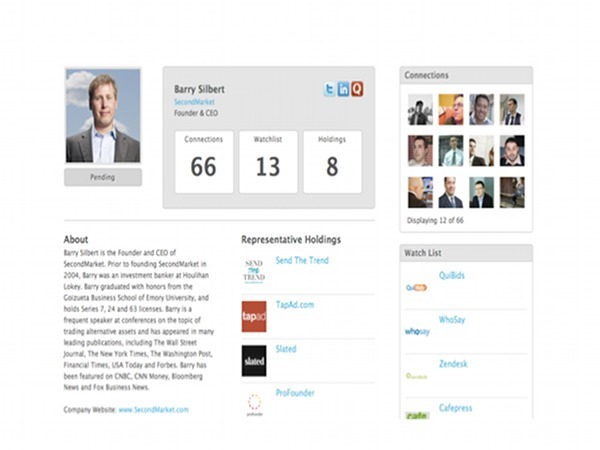 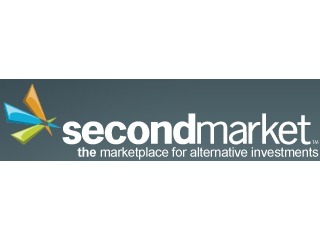