Ever heard of Social Circle? Me neither. But, according to a series of leaked emails, Facebook wanted you to know all about the Google service and how it’s yet another example of the company’s underwhelming track record when it comes to user privacy.

Here’s the first half of that original email:

I wanted to gauge your interest in authoring an op-ed this week for a top-tier media outlet on an important issue that I know you’re following closely.

The topic: Google’s sweeping violations of user privacy. Google, as you know, has a well-known history of infringing on the privacy rights of America’s Internet users. Not a year has gone by since the founding of the company where it has not been the focus of front-page news detailing its zealous approach to gathering information – in many cases private and identifiable information - about online users.

Despite an unprecedented rebuke from the Federal Trade Commission last month forcing Google into a government mandated two-decade privacy review program, Google is at it again – and this time they are not only violating the personal privacy rights of millions of Americans, they are also infringing on the privacy rules and rights of hundreds of companies ranging from Yelp to Facebook and Twitter to LinkedIn in what appears to be a first in web history:  Google is collecting, storing and mining millions of people’s personal information from a number of different online services and sharing it without the knowledge, consent or control of the people involved.

After a few more paragraphs, the letter ends with:

I’m happy to help place the op-ed and assist in the drafting, if needed. For media targets, I was thinking about the Washington Post, Politico, The Hill, Roll Call or the Huffington Post.

Soghoian, a (did I mention?) security and privacy researcher, was naturally hesitant to go along with what seemed a suspiciously one-sided campaign, so he replied to the Burson representative, John Mercurio, with just one question: “Who is paying for this? (not paying me, but paying you).”

Though Mercurio declined to reveal Burson’s client, evidence eventually outed Facebook as the one. And the company has confirmed, with this as its official statement:

No 'smear' campaign was authorized or intended. Instead, we wanted third parties to verify that people did not approve of the collection and use of information from their accounts on Facebook and other services for inclusion in Google Social Circles—just as Facebook did not approve of use or collection for this purpose.  We engaged Burson-Marsteller to focus attention on this issue, using publicly available information that could be independently verified by any media organization or analyst. The issues are serious and we should have presented them in a serious and transparent way.

You and your readers can look at the feature and decide if they have approved of this collection and use of information by clicking here when their Google account is open:  https://www.google.com/s2/search/social. Of course, people who do not have Gmail accounts are still included in this collection but they have no way to view or control it.

And for good measure, here's the official statement from Burson-Marsteller:

Now that Facebook has come forward, we can confirm that we undertook an assignment for that client.

The client requested that its name be withheld on the grounds that it was merely asking to bring publicly available information to light and such information could then be independently and easily replicated by any media.  Any information brought to media attention raised fair questions, was in the public domain, and was in any event for the media to verify through independent sources.

Whatever the rationale, this was not at all standard operating procedure and is against our policies, and the assignment on those terms should have been declined. When talking to the media, we need to adhere to strict standards of transparency about clients, and this incident underscores the absolute importance of that principle."

I’ll admit:  if you take a look at Social Circle for the first time, it does feel a bit unsettling. Logged into my primary Gmail account, I’m looking at a social connections page that would take an hour to scroll through. It lists people you’re connected to via Google Chat and your Gmail contacts, people you’re connected to through sites like Facebook or Flickr, and (by far the biggest chunk) secondary connections that are directly associated with people in the first two groups.

In truth, however, all Social Circle does is aggregate a mountain of publicly available data on people you’re connected to via social sites and lists their names, along with links to those profiles. Though it’s creepy, in pure Google fashion, it’s not necessarily a privacy violation.

More interesting than Google’s Social Circle, however, is Facebook’s obsession with getting a story out in the media smearing the company for yet another privacy violation (as if the company wasn’t in the news enough for that very thing). It proves that the companies have quite the rivalry brewing, which will really start bubbling once Google rolls out its social +1 service to more users.

Read the whole exchange between John Mercurio of Burson-Marsteller and Chris Soghoian here. 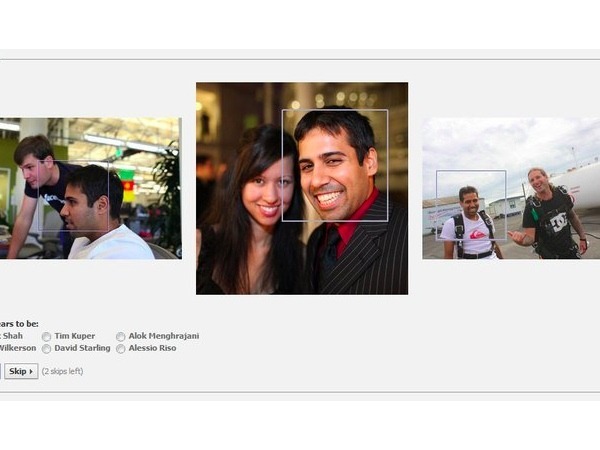