The future of commerce is barreling towards us faster than anyone expected.

Riding on the coattails of Foursquare’s partnership with American Express piloted at SXSW, location-based game platform SCVNGR announced today its own partnership with the credit card company, which automatically rewards consumers who buy daily deals through LevelUp and redeem the deal with their AmEx card.

LevelUp, which SCVNGR infused with its own brand of game mechanics, offers daily deals just like Groupon, LivingSocial and all the clones. Now, with the service’s new AmEx partnership, customers who purchase a deal through the site don’t need to print anything out or even mention anything to the cashier when they make their purchase. They just pick up whatever they wanted, swipe their AmEx card and LevelUp takes care of the rest.

For example, the deal offered today for consumers in San Francisco: spend $10 and get a $20 value to use toward jeans and accessories at the Levi’s store downtown. Buy the deal, wander over to the store, buy some jeans with your AmEx and see the discount credited to your account.

The new partners are calling their offering the first paperless daily deal redemption system, but that’s not entirely accurate. As I mentioned above, Foursquare has already been experimenting with a program that rewards consumers with $5 simply for checking in to a participating establishment and using an American Express card for their purchase.

Okay, Foursquare doesn’t offer daily deals yet, but Groupon does, and deals purchased there have been redeemable via a mobile device for a long while now. Totally paperless.

In somewhat related news, Foursquare today updated its API to bring it up to speed with version 3.0 of the app, which launched a couple months ago. Third-party developers now have a number of new tools at their disposal: Explore (which recommends new places to users), the new Leaderboard and post-check-in Leaderboard information.

Around 10,000 developers currently use the Foursquare API, the company tells me. 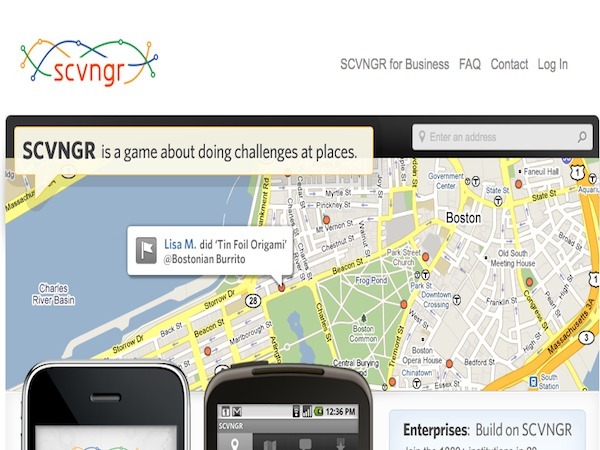 SCVNGR gets $15M for augmented-reality game 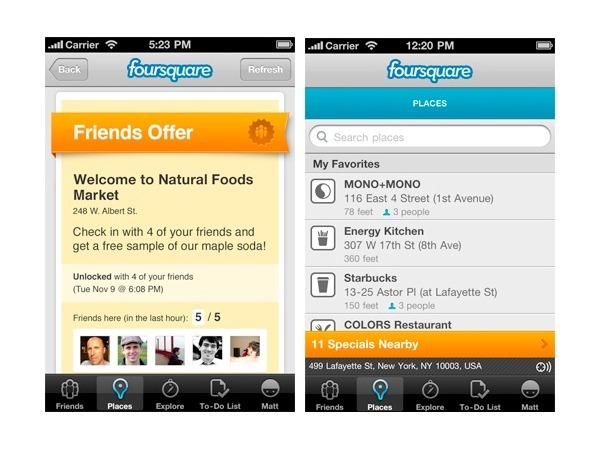