Casual online game developer PopCap Games announced Friday that it has acquired ZipZapPlay, a social gaming company. Terms of the deal were not disclosed.

Though it’s not even in the top 100 of the Facebook Developer Leaderboard, compiled by All Facebook, ZipZapPlay does see about 2.3 million active users each month. The overwhelming majority of those are playing Baking Life, where the user acts as owner of a bakery. There’s also Happy Habitat, which has less than 30,000 monthly active users.

"While the acquisition creates immediate cross-promotional and operations benefits, this is a strategic move with huge long-term potential,” said John Vechey, PopCap co-founder and VP of Corporate Strategy and Development, who oversaw the acquisition. “We believe ZipZapPlay can help us further evolve and expand the definition of social games."

A year and a half ago, PopCap raised a $22.5 million round of funding led by Meritech Capital. (Coincidentally, Meritech just made headlines for closing Meritech Capital Partners IV, a late-stage-focused $425 million fund.) At the time of PopCap’s funding round, the company had said it was maintaining profitability, employed 240 full-timers, and had seen its games downloaded over a billion times. Bejeweled, the company’s most popular game, had sold over 25 million units.

Today, the company’s continuing growth is plain to see. A worldwide gaming force, PopCap employs more than 400 people at offices in Seattle, San Francisco, Vancouver, B.C., Dublin, Seoul, Shanghai and Tokyo. Its games have been downloaded over 1.5 billion times in total and Bejeweled has sold over 50 million units.

Could an IPO be next for PopCap? Very likely.

“We are ready to be public this year if we think it makes sense,” PopCap CEO David Roberts said back in January.

With Zynga and a host of other hot gaming companies maturing at a time where the U.S. IPO market seems revitalized, I wouldn’t be surprised to see a bunch of social gaming startups going public this year. 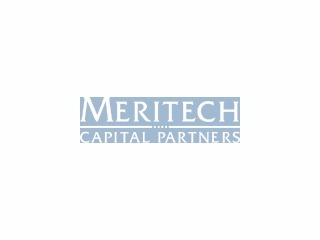