Photofeed, for Facebook and iOS, aggregates and ranks photos from all your favorite sharing sites

Pixable, developer of an application for discovering and categorizing photos, announced Friday that it has closed $3.6 million in Series B financing led by Menlo Ventures with participation from existing investor Highland Capital Partners. The company last closed a $2.5 million Series A led by Highland in June 2010.

In January, Pixable launched Photofeed, a photo aggregating Facebook app now also available for iPad and iPhone. By searching, sourcing and ranking photos from Facebook, Flickr and Instagram, Photofeed presents users with the “Top Photos of the Day,” latest profile picture changes and more. In the past three months, the app has sorted and ranked over 10 billion photos for its 500,000 users.

Going forward, Pixable has plans to integrate video into Photofeed as well (kind of undermining the app’s name, but that’s okay). The app will extend the same categorizing and ranking functionality to videos as it does to photos.

Pixable ranks photo and videos with its WonderRank technology, which analyzes content to tailor fit it to the user’s preferences. Users can also follow friends to be notified when they comment on, are tagged in, or upload new content.

As evidenced by the rise of social photo sharing apps like Instagram (plus its countless knockoffs) and, most recently, Sequoia Capital-funded Color, it’s become more and more apparent that a ubiquitous mobile Web could prove to be even more disruptive to photo sharing and social networking than Web 2.0 was. The amount of media uploaded by everyday users is staggering, and it’s clear that people want ways to sift through that content.

“With billions of photos shared online every day, and a new generation of photo-related startups flooding the market, it’s easy to miss the photos that are most important to you,” said Inaki Berenguer, CEO of Pixable, in a prepared statement. “We look forward to building Pixable into the destination for managing photo and soon video overload through a unique discovery and viewing experience on the iPhone, iPad and the Web.”

Pixable will use the new funding to bolster its engineering team and infrastructure, which will become exponentially more important as the platform moves to supporting video in addition to photos. 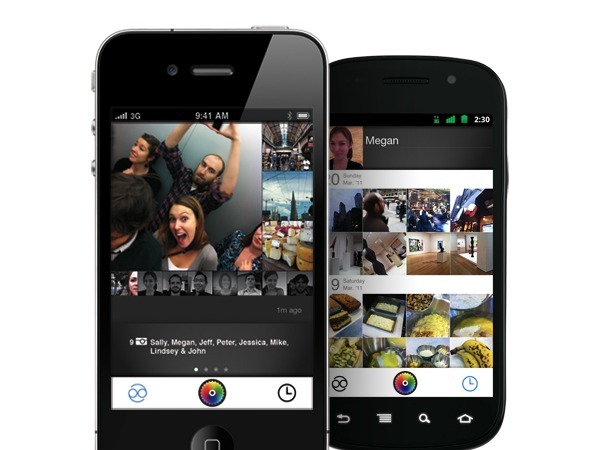