Joshua Topolsky revealed Sunday night that, as of two weeks ago, he has abandoned his position as editor-in-chief at AOL-owned Engadget to form a new tech news hub in conjunction with sports site SB Nation.

Wait. Sports and tech? What?

“Of course, the natural question I’m sure a lot of people have is: why SB Nation? The easy answer is that the people at SB Nation share my vision of what publishing looks like in the year 2011,” said Topolsky. “This isn’t tabloid page grabbing or content farming — it’s news and insight by and for a passionate and informed group of people. And that’s exactly where I want to be.”

SB Nation, short for SportsBlog Nation, has been on the rise for years now, particularly since they last raised funding--a $10.5 million third round last November. Not coincidentally, SB Nation is led by chief executive Jim Bankoff, who had been serving as an executive vice president at AOL in 2005, when the company bought Weblogs, which included the tech and gadgets blog Engadget.

It’s a “new media” company that is still experimenting with the best way to treat its 20 million monthly unique visitors to timely and high quality content. It’s a lofty goal, even without considering how new technology constantly disrupts the act of finding and reading news in the 21st century.

Topolsky’s statements above (find the entire blog post here) read like not-so-subtle jabs at the well-known direction of Engadget’s mother company, AOL, and its newest subsidiaries.

What Topolsky, Bankoff and the SB Nation team have planned exactly, however, as yet remains unseen.

AOL has made a lot of headlines lately for its seemingly insatiable hunger for more news and media sites, peaking with its $315 million purchase of Arianna Huffington’s guerilla content aggregator and news center, The Huffington Post. But while the acquisitions look so easy, it’s not quite so simple holding on to the people behind the product. In fact, Engadget’s last editor-in-chief, Ryan Block, just left the position to Topolsky in the middle of 2008.

Now AOL will have to deal with competition from some brainy people they originally employed. 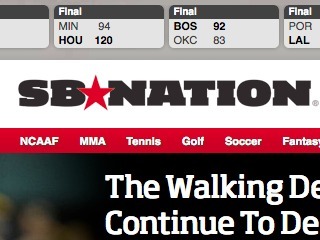 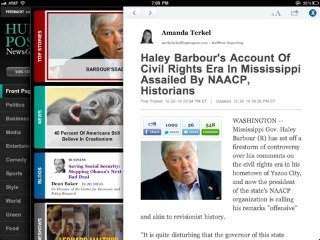