Check into an event: it makes even more sense than checking into a random venue or business

This is one of those features so obvious you have to wonder why it didn’t exist already.

By now, most smartphone owners are at least slightly familiar with the concept of checking into a place, venue or business on any of a number of location services. Facebook Places, Foursquare, Google Latitude, Gowalla, SCVNGR--the list goes on and on. And while the emphasis or motivation behind checking in might be placed somewhat differently, the idea of checking in is pretty standard across the board.

Facebook is now taking the check-in one logical step forward, however, by giving users the ability to check into events. Duh, right?

After accessing your location, Facebook Places would normally recommend a list of nearby venues that you could check in to. Now, the service actually looks at the location for your RSVP’d events and will suggest that you check into one if it’s nearby and occurring at that time.

The new feature was first discovered as an option on touch.facebook.com, the mobile version of Facebook specifically designed for touchscreen mobile devices like the iPhone. It’s mostly just a tester feature for now. That said, the next version of Facebook for iPhone will include the option natively.

Facebook Places, which already had an initial advantage over other location services due to the sheer size of Facebook’s user base, has something even greater going for it here. I imagine that many people who don’t see already the purpose of checking in could actually get on board with checking into an event. It’s much more personal and, should Facebook go this route, could prove a powerful way of sharing the experience with friends.

For example, imagine that only the people who checked into an event could upload and see photos from the event.

Now it’s a question of whether other location services will follow suit. It won’t be as easy as it was for Facebook, which already serves as a go-to platform for friends to share events with each other. But it’s hard to imagine that other services would let Facebook have all the event check-in fun to itself. 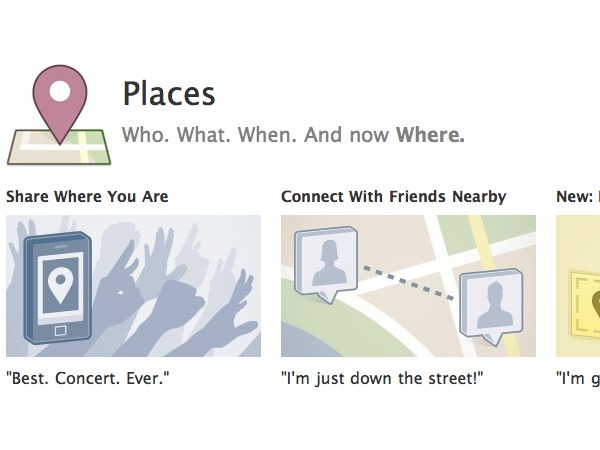