Facebook has acquired Beluga, a free and private group messaging service for iPhone and Android devices. Terms of the deal were not disclosed.

Chatting with friends on Facebook has never been the most awesome experience, due to weird errors where one or the other person chatting with get dropped. By now, Facebook Chat has improved its status from "practically unusable" to "kind of acceptable." But you don't see anyone rushing to use it as their main form of communication, for personal, business or otherwise.

Group chat is an even newer feature on Facebook, having been introduced when the site introduced new Groups in October 2010. It works pretty well, but it could definitely be better, especially for larger groups. And, so far, there have been no signs of bringing the feature to mobile devices.

With just three team members, Beluga has built a powerful group messaging feature that lets friends easily communicate over their smartphones. Once Facebook puts the Beluga team to work on all things group chat, it's only a matter of time before the feature comes to Facebook mobile apps.

Current Beluga users shouldn't sing a sad song just yet, because the app will be staying alive, at least for now. The company says more details will be emerging in the coming weeks.

It's also worth noting that Beluga isn't the only startup that offers this service. GroupMe, which not too long ago raised a $10.6 million Series B round, enables smartphone users to group message and host conference calls.

Here is the announcement as posted on the Beluga Pods website:

We are happy to announce that Facebook has acquired Beluga!

Since launching Beluga, we've appreciated all the enthusiasm and positive feedback from our users. We're excited to continue to build our vision for mobile group messaging as part of the Facebook team. Beluga and Facebook are committed to create new and better ways to communicate and share group experiences.

For now, Beluga will continue to function as it does today. Your Beluga account and data will not be lost. We'll be providing more details on future plans for Beluga in the coming weeks. Stay tuned! 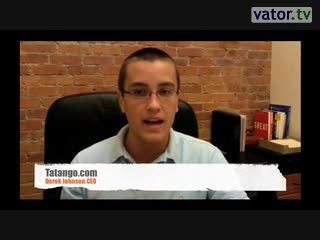