Boxee co-founder and CEO Avner Ronan story is an inspiring one. He didn't go to college; he couldn't raise money for Boxee initially; he was always running out of money every three months. And, now look where Boxee is today.

Even though Boxee, which lets users view the Internet on their TVs at high resolution, has been funded by blue-chip VC Union Square Ventures, Boxee's start 3-1/2 years ago was far from smooth.

First off, Boxee was initially conceived as a hardware company. Avner, who presented at Vator Splash NY in December, and his four co-founder partners (split between the U.S. and Israel) believed the only way to deliver such an ambitious product was to have it packaged up in a box. However, no one wanted to fund Boxee with that model, Avner explained.

Avner recalled that he and his team were initially reluctant to cave to the naysayers. Spoken like true entrepreneurs the team concluded: "We decied that they were crazy." But then reality set in. "We also listened to them. We became a software company."

Like most startup entrepreneurs, Avner, who never went to college, had to work hard for his current success. In this talk about how Boxee started and his lessons he's learned from the experience, Avner admits that in the early days, the company could only see three months out. "We never had more than three months as runway... We were constantly raising money from anyone willing to write a check. If someone who had a friend who had money, I would want to talk to him. We raised $2 million that way." 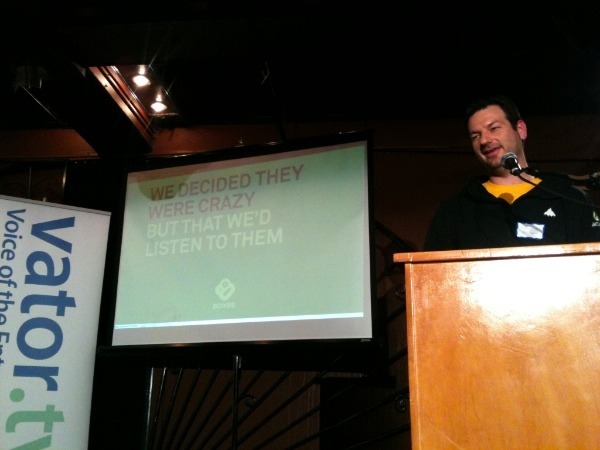 Ronen advises "people who should not listen"