What does the Tencent/Riot Games deal mean for online gaming startups and other tech businesses?

For those of you who were too busy watching the Super Bowl and its lame half-time show to pay attention to the social gaming M&A world, you probably missed what could turn out to be one of the largest tech M&A deal of the year (maybe next year you’ll be more on-the-ball). Last Friday, word got out that Chinese Internet giant Tencent acquired a majority stake in LA-based online gaming company Riot Games.  We’re only six weeks into 2011 and already I feel like I have M&A deals coming out of my ears, so what can we expect for mergers and acquisitions this year?  If Tencent’s acquisition of Riot Games are any indication, the market is kicking back into gear.

So what was the deal with Tencent and Riot Games?  While the financial terms weren’t disclosed, our sources say that Tencent ponied up $400 million in cash for a majority stake in Riot Games, but the deal was kept under wraps because the company didn’t want to deal with the scrutiny from its shareholders.

The deal represents a merger of two giants.  Riot Games’ flagship title, “League of Legends,” is one of the fastest growing games in the industry, coming in third after “World of Warcraft” and “Call of Duty,” and it’s expected to be huge in China.  The free online multi-player battle-arena game currently has some one million active users in the U.S., but it’s expected to get more than three million in China.  An existing investor in Riot Games, Tencent licensed the title for China’s gaming market back in 2008, and the game is expected to go into open-beta testing in 2011.

“Online gaming is the next media format that’s going to be disrupted,” said Rick Heitzmann of FirstMark Capital, also an investor in Riot Games.  “The market is changing.  You used to spend money on little shiny discs, but the economic model has shifted to virtual items.  There’s a bigger market in console replacement games and higher quality gaming.”

Rick added that these types of session-based social games are also more capital efficient, since they focus on competitiveness with other players rather than building out the levels and features the way a theme park like Disneyland might build another ride.

The online gaming industry is a hot ticket right now.  Last year, Disney acquired Playdom for $563.2 million, and Ngmoco was snapped up by Japan’s DeNA for $400 million.

“It shows there’s an appetite both domestically and abroad for game developers.  Riot is huge in Europe,” said Rick, who foresees a significant brightening of the M&A climate for tech companies this year.  “Companies have been hoarding cash since the recession, and really haven’t invested in development, so now they have more cash on their balance sheet than they’ve ever had, and they’re getting no return on that.  Investors aren’t giving them any credit for that money.  Now they have an opportunity to grow their products or grow their team quickly through mergers and acquisitions.”

Along with the social gaming space, Rick said that a lot of people will be looking at the media space this year. 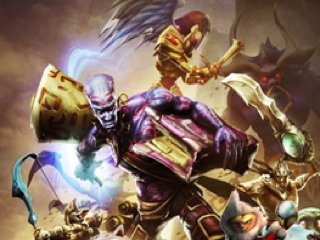