If you’re like every other human being on the face of the planet, you rarely go out of your way to say something nice to a stranger.  Should that stranger do something to piss you off, however, you will have no problem going out of your way to make your rage known.  But that can be inconvenient and time-consuming (bad service at a big box retailer means you have to save your receipt, go home, get on the site, and take a customer service survey just to be able to blast someone).  Now there’s an easier way!

Tello, an app that allows users to provide on-the-spot customer service feedback, launched Tuesday evening.  It isn’t just for customers who want to complain about bad service, though.  In fact, the app will likely translate to more positive reviews (since, like I said, people will be more willing to muddle through inconvenient, time-consuming customer service surveys to rant about bad service than good service).

Indeed, while the app has been quietly testing, some 85% of customer feedback has been positive.  Essentially like a mobile version of Yelp, users can simply sign in with their Facebook account, locate the nearby business (hit “rate nearby” or “search” to look up a business that isn’t in the immediate area), and give a thumbs up or thumbs down plus an optional short comment on the service.  I rated my vet’s office and left a pleasant comment about the awesome receptionists, because those ladies have to deal with a lot of crap.  Literally.

“We built this app so that customers can communicate directly with businesses,” explained Tello CEO Joe Beninato in an interview with VatorNews.  “The realization came when I was on the 280 and I was behind a truck with a ‘How am I Driving’ bumper sticker. I thought if everybody has a smartphone, there should be no reason why you can’t communicate directly with the business about anything.”

Not only can users rate a business and provide feedback about customer service, they can rate individual employees as well.  For example, say Janelle at Starbucks whips up the most amazing, earth-shattering latte you’ve ever had.  You simply hop on your phone, tap the Tello app, select Janelle’s name from previous ratings or add her name yourself under “add an employee,” and leave your feedback.  Joe Beninato sees this as a possibility for businesses to use Tello to create employee LinkedIn-type profiles—Janelle at Starbucks has earned 30 positive reviews and only three negative reviews, ergo, she’s up for a raise, etc.

Tello’s partnership with Localeze outfitted it with information on more than 14 million businesses throughout the United States, and the company says it’s currently in discussions with several big name companies to roll out promotions.  For example, a number of businesses currently encourage customers to go home and take an online customer service survey, but in the future those same businesses might encourage customers to rate their experience on Tello to earn rewards.  It’s like Foursquare check-ins, but even more relevant to the business, itself.

The company raised $1 million in angel funding over the summer, with some pretty notable names throwing their money into the pot, including Ron Conway, Dave McClure, Chris Sacca, Mark Goines, Russ Siegelman, and more.

Tello is available on the iPhone, iPad, or Android. 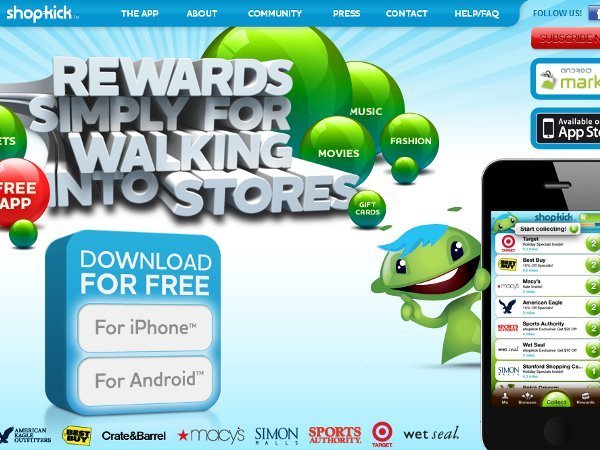