eMarketer says virtual goods, along with advertising and lead-generation offers, will fuel revenues

Social gaming in the US will be a $1 billion market in 2011, according to eMarketer. The Internet marketing statistics company reported Wednesday that 62 million US Internet users, or 27% of the online audience, will play at least one game on a social network monthly this year, up from 53 million in 2010.

While advertising and lead-generation offers will fuel major chunks of revenue for social gaming companies, sales of virtual goods will continue to be responsible for over 50 percent of revenue.

“Even though fewer than 6% of US social gamers spend money on virtual items, these avid players will produce revenues of $653 million in the US alone this year,” said Paul Verna, author of the forthcoming eMarketer report “Social Gaming: Marketers Make Their Moves.”

Globally, sources say the virtual goods market alone has soared 245 percent to $7.3 billion this year from $2.1 billion in 2007.

Of course, no one’s really surprised. CityVille, the latest title released by social gaming leader Zynga, is poised to be the first individual application on Facebook to blast past 100 million monthly active users. (As of today, it’s less than 500,000 users from reaching that milestone.)

That game actually might be the best micro-example of the growing popularity of social gaming. Zynga found one of its earliest successes in FarmVille, considered the king of the Facebook platform for most of its life since its June 2009 launch. For a while there, no other games on Facebook, including titles developed by Zynga, could unseat the farming giant.

Then CityVille arrived and week after week after week impressed everybody with its insane user adoption rates. The game had proved that social gaming is no one-hit wonder, but a completely new established industry.

Now we need to see if anyone can at least come close to Zynga’s success because, right now, the gaming company develops six of the 10 top applications on Facebook. 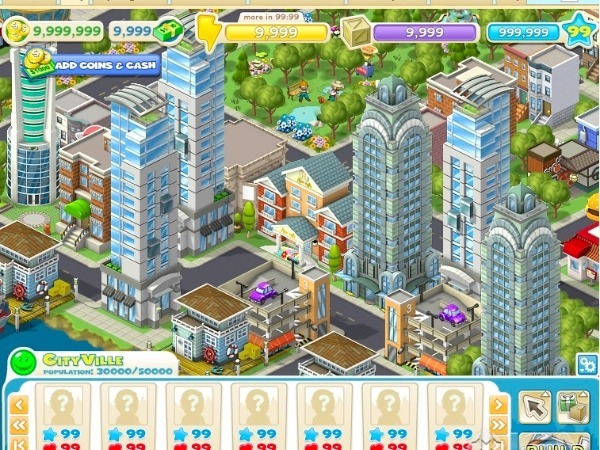