Skype paid around $100 million for mobile video streaming app, Qik, according to reports

Mobile video streaming app Qik has raised $6.4 million in new funding, according to an SEC filing.

Qik last raised a $5.5 million Series C round in July 2009 from Quest Venture Partners and CampVentures and other investors.

“I feel strongly that mobile video is on the cusp of exploding into the mainstream,” board member Ogawa had said at the time.

How right he was. At the beginning of 2010, Qik had 600,000 users. By the end of the year, that had grown by greater than a factor of eight to five million users.

Back during the time of Qik’s Series C, Apple had yet to approve video streaming apps for the iPhone. These days, not only has Apple created its own video calling service for iPhone 4 with FaceTime, but third-party developers like Qik are now free to build video streaming apps for the iPhone. Skype just launched a revised iOS app that includes free mobile video calls as a primary feature, even for older iPhones that lack the front-facing camera.

Oddly enough, reports surfaced today--a day after Tella filed his Form D with the SEC--that Skype has acquired Qik for around $100 million. Neither company has yet to comment on the news, but the sources that spoke with SFGate say Skype will probably make the announcement this week in Las Vegas at the Consumer Electronics Show (CES).

And yet, if the news were to be confirmed, I would be neither surprised nor disappointed. After testing out Skype’s video calling feature yesterday, I can safely say that it wasn’t the best live video experience I’ve had on my iPhone 3GS. Acquiring Qik would help Skype bolster its mobile video team in one fell swoop. But then, $100 million seems a bit pricey for just a talent acquisition. Plus, the timing is just bizarre; who raises funds at the same time as being acquired?

We'll have to wait on official word for this one. 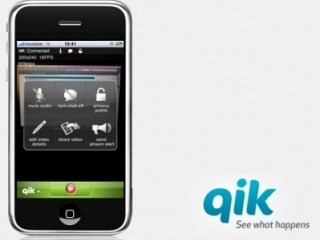 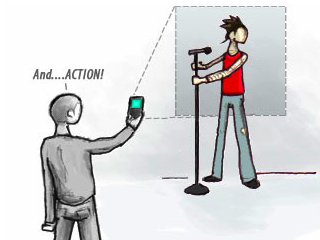